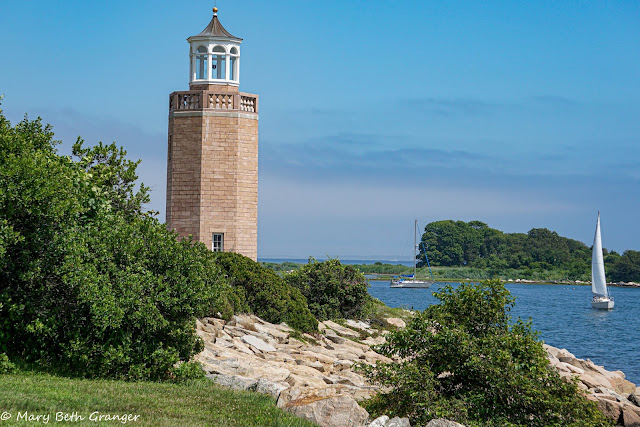 On a July visit to Connecticut, we made a stop at the Avery Point campus of the University of Connecticut (UCONN) to photograph the lighthouse that I had heard was located at the edge of the campus.  We were pleasantly surprised to find a beautiful campus that along with the lighthouse had some beautiful sculptures.  Just offshore of the campus we had a wonderful surprise when I located two additional lighthouses.  On this page I will share my photographs of all three lighthouses and some of the sculptures I saw while walking along the paths on the campus. 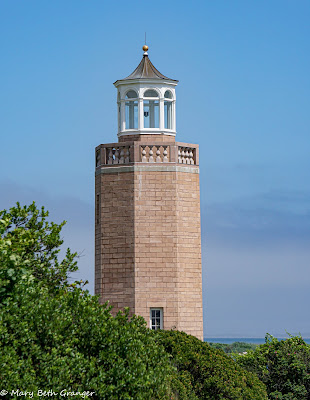 Avery Point is the last lighthouse built in the state as an official navigational aid.  It was completed in 1943 but was not lit until a year later because of concerns about a possible Nazi attack during WWII.

As I strolled along the paths of the university I could see the lighthouse in the distance.  It is a distinctive beige brick tower and is a beautiful icon overlooking the water.

Across the water from the campus I noted what I thought might be a lighthouse.  When I put on my longer lens, I was delighted to find this stately structure, which I found out was the New London Harbor Light. 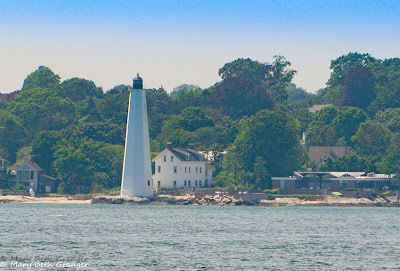 In reading a brochure on lighthouse cruises, I found out that this is the oldest lighthouse in Connecticut. It was said to help to guide colonial privateers who sought shelter up the Thames River during the American Revolution.


In the water, not too far off shore from the campus, I spotted a third lighthouse.  This lighthouse has some rather unique architectural features.  I read that it is a French Second Empire structure that is architecturally unique for a lighthouse.  It is also reported to be haunted by a former keeper. 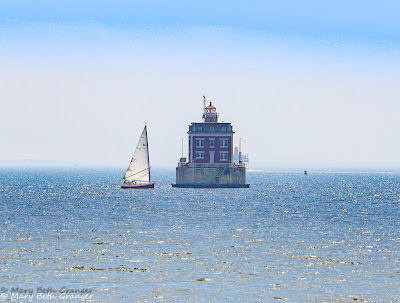 There were lots of sailboats in the harbor and I was able to capture one just before it passed the lighthouse.

Other Interesting Features on the Avery  Point Campus of UCONN

Here are some of the photos I took of a building and a few of the many sculptures on the grounds. 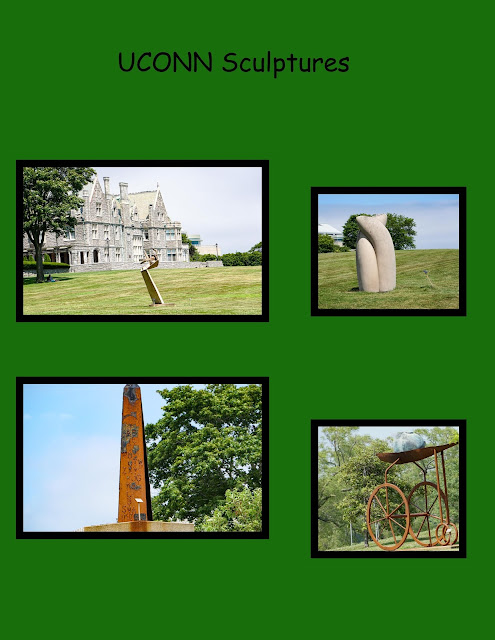 
I enjoy sharing my photos on products made at 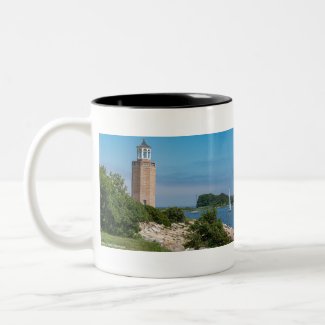 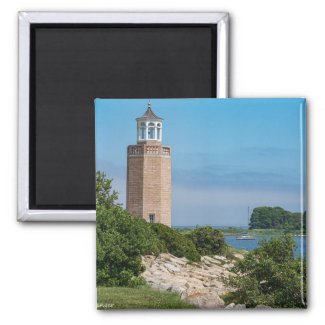