Thirty years ago, the Universal Studios movie Field of Dreams was released. It was a film about baseball, but, more than that, it was a magical fairy tale for anyone who has a dream they wish would come true. 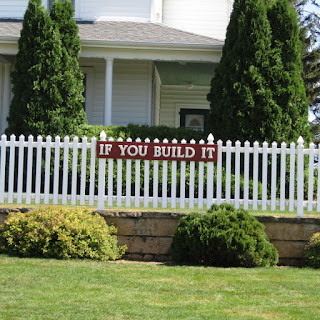 The movie makers used the century-old Lansing Family Farm location in Dyersville, Iowa, located 30 minutes west of Dubuque and two and a half hours from Des Moines.

After the movie was done, the baseball field the main character (Kevin Costner) creates in his corn field (because of a message he receives “If you build it, he will come”) was kept by the property owners and turned into a tourist attraction. 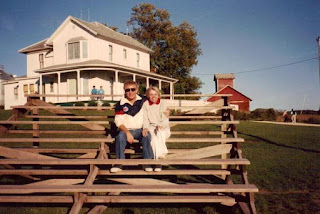 To this day, you can visit the Field of Dreams for free, bring your ball, bat & glove and play baseball on the field or watch a pick-up game from the stands.

August is the best time to visit because the corn field behind the baseball diamond is at it's tallest and fullest prior to the Fall harvest.


Our Visit to Field of Dreams


The year after the movie was released in 1989, we visited Dyersville, Iowa and saw the Field of Dreams. This past week August 2019) we returned for another visit. It was just as enchanting as it was the first time. Especially for this baseball fan who loves the movie.

A few changes have been made over the years. The original owners sold out to another owner who later sold the rights to the area to 'Go the Distance' Baseball, which has owned and preserved the site since December 2012.   A gift shop has been added (I bought a T-Shirt that says “Is this Heaven? No, it's Iowa” (another iconic line from the movie), which brings in operating revenue for maintaining the site. The original house, in which several scenes were filmed, is now available to rent for the night. Plus, Go the Distance has hosted several events, such as the “Ghost Players game”, and have more events planned. Under this new ownership, attendance has nearly doubled to over 100,000 visitors a year.


Our Day at Field of Dreams in Photos 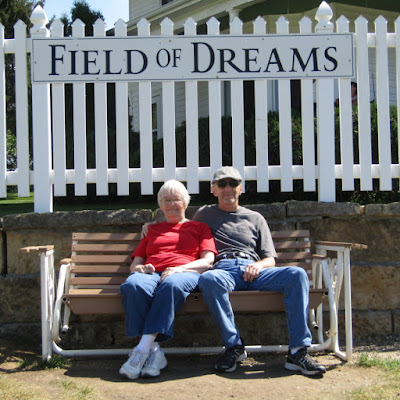 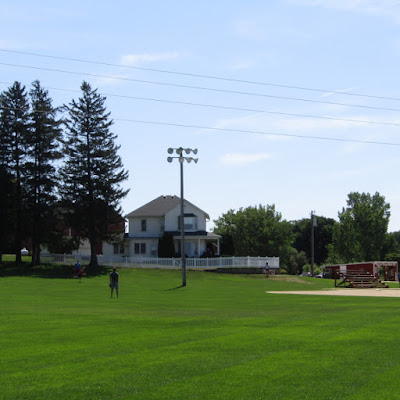 MLB at Field of Dreams


Just recently it was announced that in August, 2020, MLB will play a major league game (the first ever held in Iowa) at a temporary field being built for the event. Since the movie is based on the book Shoeless Joe by W.P. Kinsella about Shoeless Joe Jackson of the 1919 White Sox coming to play (as a ghost) at this Iowa baseball field with his teammates, this MLB game will be between the Chicago White Sox and the New York Yankees.

A new stadium, with seating for 8,000 fans, began construction right after our visit and will be ready next August for what is being billed as “MLB at Field of Dreams”.
Don Lansing, owner of the Lansing Farm, was recently interviewed by Phil Roberts for The North Scott Press in Eldridge, Iowa. Lansing was quoted as saying he thinks the MLB venture will be a huge success.


"This field, this game, it's a part of our past, Ray. It reminds us of all that once was good and that could be again. Oh people will come, Ray, People will most definitely come."

Field of Dreams baseball field is here to stay!*

*Update Note:  The 2020 MLB at Field of Dreams game was postponed due to the panendemic. It was finally held, and was a huge success, last night (8/12/2021). The teams were the Chicago White Sox and the New York Yankees, with the White Sox winning in a wild and exciting walk-off home run finish. Final score 9-8.
Because this special game, the first time a Major League Baseball game has ever been played in Iowa, was so well received, what was to have been a 'one-time-only' event is already sparking rumors that it will become an annual event. A baseball game in the cornfields of Iowa, just like the iconic movie starring Kevin Costner, is special and deserves to be repeated ~ it reflects a 'dream come true'.