Xylitol Makes Life Sweeter As It Protects Your Teeth: A Review

Why Xylitol Is Now My Preferred Sweetener

Although I try to avoid sugar, I do like to make food sweeter sometimes. I don't want to use artificial sweeteners like saccharin because I consider them unhealthy and many have an unpleasant aftertaste. I was delighted to discover Xylitol. I can sweeten foods and drinks while improving my dental health instead of destroying it. 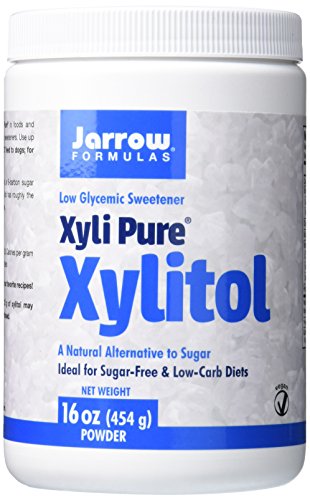 Xylitol is a sugar alcohol that the body can metabolize without using insulin. It has the same kind of sweetness as sugar, and I've never noticed an aftertaste.

It produces a lower glycemic response than either glucose or sucrose (table sugar.) That's why it is the sweetener of choice for many diabetics.

Xylitol has 40% of sugar's calories -- about 10 calories per teaspoon, and about 95% of sugar's sweetness. The Jarrow brand I have shown you here is a non-GMO product and is appropriate for vegans and vegetarians. It is for humans only. It can be fatal to dogs or birds.

For more scientific information on the chemistry of Xylitol, check this Wikipedia article on Xylitol.


I had four root canals at the beginning of this year. My dentist knew I needed better preventive care, so she told me about the positive effects of Xylitol on dental health. Xylitol doesn't break down in the same way sugar does. It keeps bacteria from sticking to your teeth and also helps your mouth maintain a healthy neutral pH level. This makes it better for dental health than Stevia, another natural sweetener.

Other Benefits of Xylitol


When I first started using Xylitol, I thought it was only helpful for improving dental health. I've since learned that it may also increase collagen synthesis and make bones stronger and skin smoother.  Those are really great side effects.

I was quite surprised to discover that Xylitol also has decreased the rates of acute ear infections in some children who attend day care. It appears that this happens when the children chew Xylitol gum. Why? Because it decreases the bacteria in the mouth that can contribute to these infections.

How I Use Xylitol

I get my Xylitol in four ways:

The first Xylitol products I used were the expensive ones my dentist recommended. Once I discovered that I could get other brands cheaper on Amazon, I decided to try them. I've not been disappointed. I am perfectly happy with the Jarrow Brand of Xylitol power and I've signed up for automatic shipments on Amazon. Others may prefer the Xylitol brands made from birch. I'm assuming that mine is made from corn, but it's non-GMO, so I don't care. 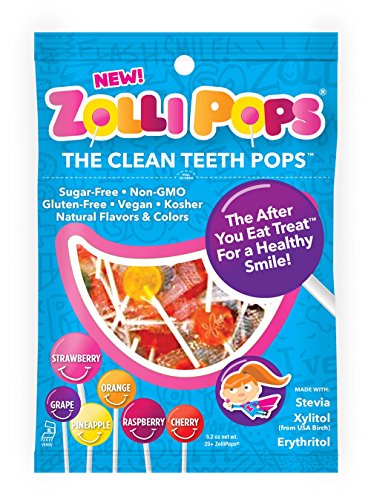 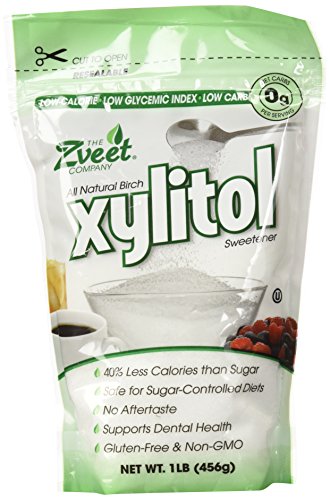 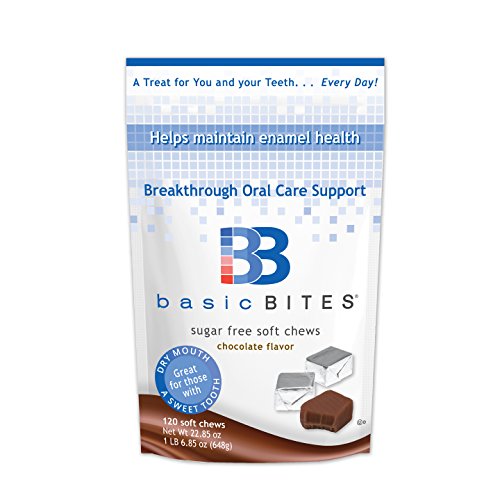 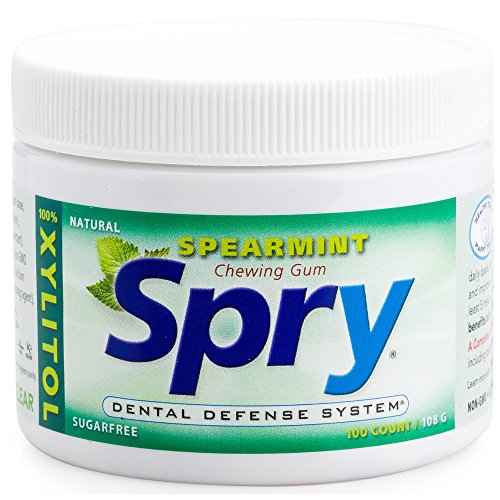 
I like to mix about a cup of Xylitol power with a couple of tablespoons of cinnamon and keep it handy to sweeten toast and cereal. I sprinkle this mixture on the power breakfast I eat almost every morning since I often leave the dates out now. The dates used to supply most of the sweetness. See the recipe I invented here.

My dentist recommended Dr. John's brand Xylitol powder, gums, and candies, so I tried that brand first. I've not yet used it all. I am not in the habit of chewing gum but do it now for my dental health. Dr. John's gum flavor only lasts for about the first minute of chewing. I've also tried Dr. John's Luscious Licorice™. but it's quite expensive compared to the other brands on Amazon I'd like to try next.  It's good, but just too expensive. I'm not fond enough of hard candies anyway to keep buying them. Other brands of Xylitol powder, candy and gum appear to be a better value, and when I run out of my current supply I'll be trying them. As you can see above I've now switched to Jarrow Xylitol Powder. It's cheaper and I notice no difference in flavor.

Both my husband and I use Basic Bites chocolate chews because my dentist recommended them for use twice a day after brushing and flossing. They contain Xylitol, but it's the last ingredient, not the first. Cocoa powder is the third ingredient. It's soft and chewy and designed to coat the teeth to protect them against bacteria and to prevent dry mouth. It's also quite tasty. It's now a different formula than when we first bought it and is now packaged in a bag instead of the container I pictured. I transfer it into that container when I open a bag.  Click the link for the complete ingredient list of the new formula. We liked the old formula, which also had coconut oil and more Xylitol, better.

My husband uses OraCoat XyliMelts at bedtime to keep his mouth moist as he sleeps. He uses a CPAP machine and that dries out his mouth. Dry mouth can lead to tooth decay. At night he sticks one of the XyliMelts on a molar or a gum and it increases saliva, freshens breath, and keeps his mouth moist. He skips the Basic Bites at night most of the time now and uses the XyliMelts instead. He still uses Basic Bites after breakfast.

XyliMelts are designed to be used when you sleep and they last about 3-8  hours when used at bedtime. They last about half that time when used during the day. They are discreet and don't affect clarity of speech when you are awake. you can even use them if you have dentures or braces.

Xylitol has many advantages over sugar for people who need to watch their weight or lower their glycemic response to food. It's not quite as sweet as sugar but is sweet enough to satisfy me as a sugar substitute. It has less calories than sugar, and as noted above it can help prevent tooth decay whereas sugar can cause it.

Sugar is cheaper in the short run, but over the long haul, it may cost thousands of dollars in dental expenses that consistent use of Xylitol products might make unnecessary. I wish I'd been using it over the past few years. I might have saved the over $20,000 we spent on my four root canals this year.

Since I started using Xylitol, I haven't touched my sugar bowl. Although I rarely bake anymore, I could substitute Xylitol for sugar in my baked goods in equal amounts. According to National Geographic it is one of the two best substitutes for sugar in baking. It cannot be used in recipes like candies where it would need to liquify or caramelize.

If You Try Xylitol, I Think You'll Like It

I hope I've convinced you Xylitol may be a good way to enjoy sweetness while helping to prevent cavities and promote healthy teeth. Use instead of sugar to sweeten beverages and cereals to reduce calories. Chew a bit of Xylitol gum or suck on a hard Xylitol candy after eating snacks between meals when you don't normally brush. Use Basic Bites after you brush and floss at night, and use ZyliMelts to prevent dry mouth while you sleep -- especially if you use a CPAP machine.

Xylitol has become a sweet part of our dental hygiene regime. Why not order some to try now and see what it will do for you? It's made a big difference to us. 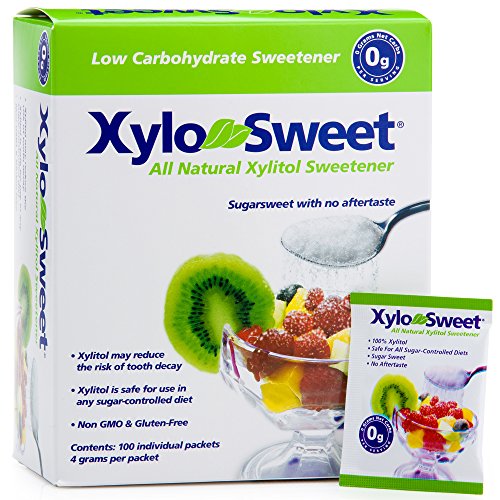 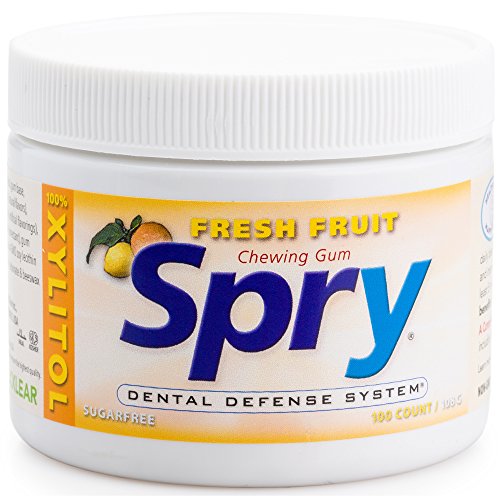 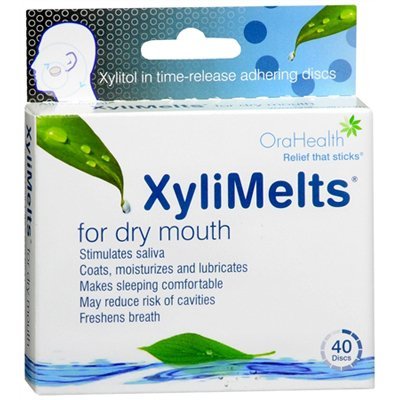 A Parting Word of Caution

Although Xylitol has many benefits, as I've shown above, we can still get too much of a good thing. The label on my Xylitol container states that if I consume more than 25 grams a day, I might get diarrhea. This is because Xylitol doesn't completely break down during digestion. One can gradually build up to a higher tolerance level, but one probably doesn't need so many sweets anyway.

Xylitol is not toxic to humans, but it is TOXIC TO DOGS. You need to be sure you don't put it into foods they might be tempted to eat. You would not want to use it in a hummingbird feeder, either.

These statements have not been evaluated by the Food and Drug Administration. These products are not intended to diagnose, treat, cure, or prevent any disease.