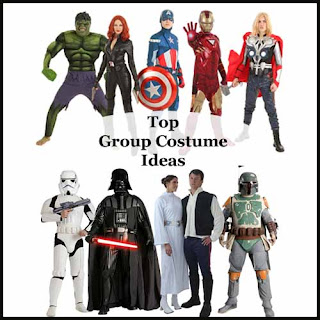 Let's review some group costumes ideas that I know you'll love.   Group costumes can be a great idea for Halloween or indeed any fancy dress occasion, but first you need to agree on what everyone dresses up as.

You can check out the big list of group costumes for a plethora of ideas or you could just have a look at this years top three group costume ideas...

The best group costume ideas for 2017 (according to industry insiders) are the Avengers, Star Wars and the Flintstones.


I would say choose your favorite Avengers character and dress up as that, but with any group costume you will need to make sure you don't end up with five of you dressing up as Thor!  Remember the Big Bang Theory (albeit they were dressing up as DC Comics superheros and someone had to be Aquaman, they couldn't all be The Flash!) and decide on who is dressing up as who! 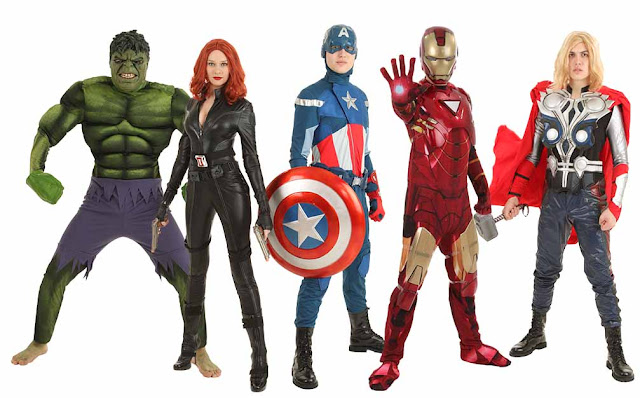 and that's just a few of the superheroes.  An Avengers group costume could also include Nick Fury, Agent Coulson and other characters from the comics and/or movies including some of the villains.


Star Wars has been a classic group costume idea since 1977 and as the fans seem to increase every year I can't see this group costume idea diminishing any time soon!  Now obviously you can't have more than one Darth Vader or Princess Leia, but it is a group costume where you can have some double ups in the form of stormtroopers for example. 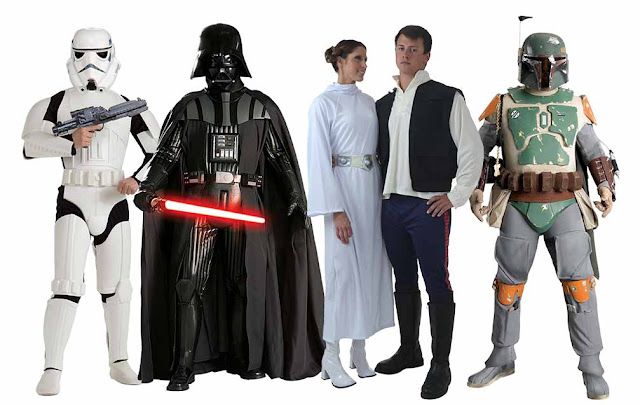 I must admit when I think of Star Wars I always think of the original trilogy so Princess Leia, Luke Skywalker, Hans Solo, Chewbacca, C-3PO and R2-D2 along with Darth Vader are the initial costumes that come to mind.

With the expansion of the Star Wars Empire there are even more costume ideas to explore, so who will you be Rey or Leia, R2-D2 or BB-8?  You could even mix them up and have a selection of Star Wars era costumes on show!

I have a few friends who echo the statement below - 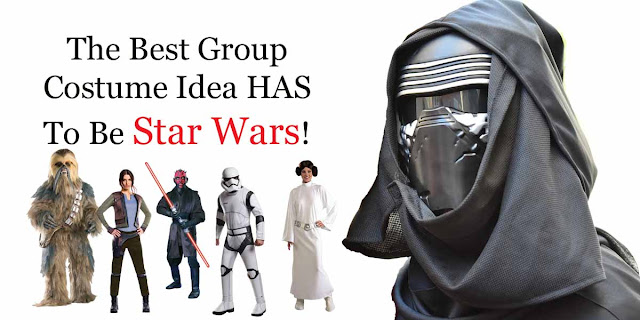 What do you think of this rather bold statement?  Personally I think I'd prefer the Flintstones, but I'm completely ready to be out voted in which case "bags I be a wookie!"


Who doesn't love the Flintstones?  It's great to see that these costumes are having a bit of a surge in popularity again as a few years ago you couldn't go to a fancy dress event without seeing at least one Flintstones costume (whether it was Fred or Barney or several).  I fancy being Dino myself, what about you? 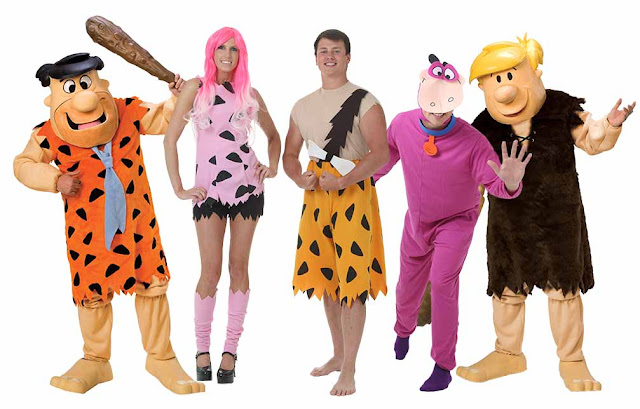 I do have a couple of friends who have dressed up as Barney & Betty Rubble on a couple of occasions, but for some reason I've never had a Flintstone's costume.  Dino does have my name on it though so maybe I need to convince a group of friends to join me in the Flintstone's group costumes this Halloween!

Of course there are lots of other ideas that come to mind including The Village People, Abba, even the Addams Family.   Whichever costumes you decide on going as a group is always fun!

Have you ever participated with friends in a group costume?  If so what did you go as, I'd love to know. 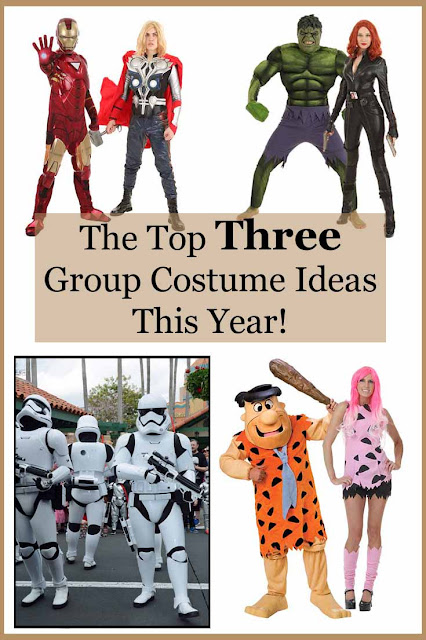 
Here on Review This we have a few other ideas which would be perfect for a group costume idea.  I have written a review on Harley Quinn Costumes and you could take these costumes and either dress as Harley through the ages or dress up as members of the Suicide Squad or just Batman Villains.

Susan has reviewed how to create a Hobo Costume.  If you're looking for an inexpensive DIY group costume then I think a group of Hobos would be awesome.

Heather reviews the best animal costumes for Halloween and this really is a great group costume idea.  You could get one of your group to dress up as a zookeeper or farmer depending on what animals the rest of you wanted to dress up as.  Another idea (which is especially great if your group is made up of couples) is a Noah's Ark style of group costumes where you have two of every animal you want!