Chef at the Water's Edge by Kee Patterbee - A Mystery Review

Chef at the Water's Edge, Where Mystery and Romance Meet

Mix a celebrity lady chef, an assistant who looks almost like her, an obsessed fan, a controlling husband, a greedy agent, a gorgeous niece, a jealous ex-boyfriend, and you may have a recipe for murder. Although the police ruled chef Julia Karas' death as an accident, many who knew Julia well had their doubts. Too many facts didn't fit. Too many people had motives to kill Julia. And someone bribed the medical examiner to hide facts in the toxicology report that suggested suicide. Was Julia's death an accident, a suicide, or murder? 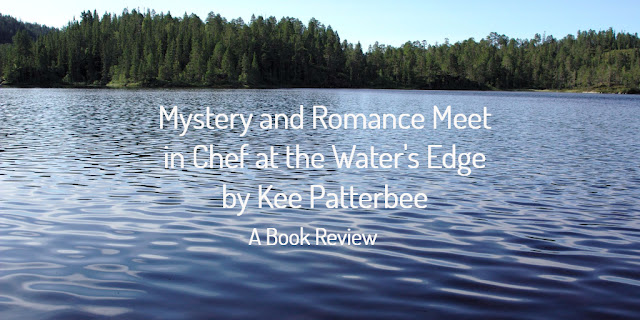 Purchase Chef at the Water's Edge by Kee Patterbee

The Obsessed Fan, His Friends, and Ex-FBI Agent Hannah

The obsessed fan would be Louie Woolridge, a food critic, who lived and worked in the small town of Zebulon where Julia and Asa Karas lived and worked. He was never able to accept the fact that Julia's death was an accident. The official story was that Julia had gone out to the gazebo next to the lake on a dark rainy night and died around 11:30 PM.

The groundskeeper found her body the next morning when he was cleaning trash from the ground around the lake. The coroner called the death an accident. Evidently, as Julia stumbled in the dark, she bumped into a beam of the gazebo and it sent her into the water.

Louie could not accept this story because Julia had been deathly afraid of open water and also had night blindness. He could think of no reason she should have gone to the water's edge on a moonless night, unable to see.

Louie's friends were Buster and Cate Jordan, cousins who had been raised together in the small town of Twilight. Cate was a librarian who was also a computer whiz.

Hannah Starvling the ex-FBI agent, age 31, was their friend.  She had spent her summers with her grandparents in Twilight while growing up. After she had been wounded in a shoot-out while working for the FBI and could no longer use a weapon, she came back to Twilight to recover and decide what to do with the rest of her life.

Her grandparents had owned a restaurant in Twilight, and her grandfather sent her for culinary training in Paris when she had to quit the FBI. She then became a restaurant consultant who worked with some of the most famous chefs in the world.

Hannah also had a pilot's license and a reputation as an amateur sleuth. She had flown her friends to Zebulon for a food festival to commemorate the anniversary of Julia's death. Louie had invited all the friends to stay with him. After they became acquainted, Hannah agreed to look into the real cause of Julia's death. 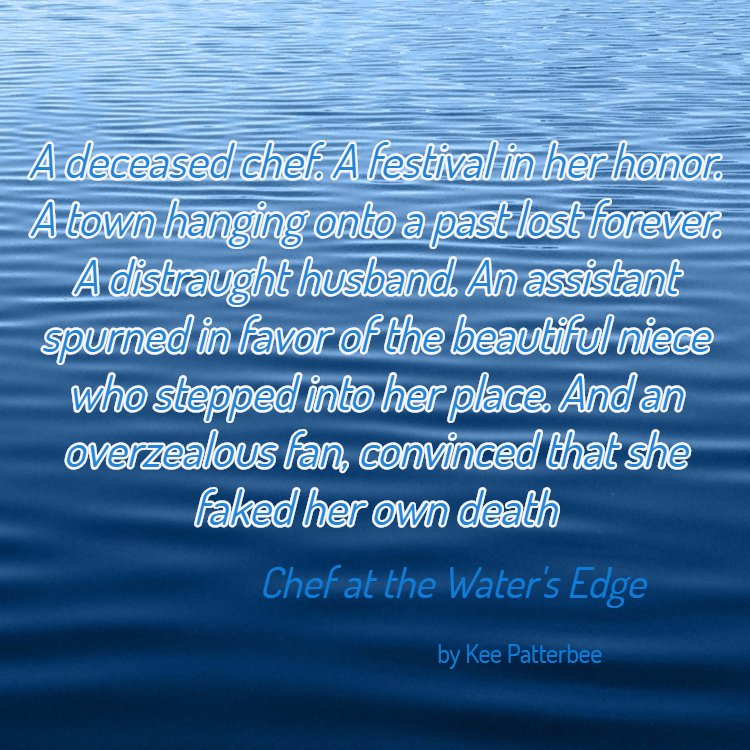 Get Price of Chef at the Water's Edge

What Really Happened to Julia?

Hannah is determined to find out! She knew Louie and Julia had been close friends when they had both trained as chefs at the Goddard Institut Gastronomique in Paris. They had remained friends until Julia had married Asa. Asa then kept Julia from him. They occasionally met in public at culinary events Louie covered.

Hannah could tell Louie had never stopped loving Julia. He kept a collection of memorabilia associated with her, along with a file of news clippings. Hannah thinks if she can prove Julia died in an accident as the police reported or find the murderer if there had been foul play, Louie might finally get closure.

Many people had motives for killing Julia. She had argued loudly with her husband Asa the afternoon of her death because she'd heard rumors Asa was having an affair with their niece, Jazlyn Karas. Before her marriage to Asa, Julia's agent, Jack Miller, had tied her into a bad contract that gave him half of all she earned, and she wanted out of it. Xabierre Dauphin and Timothy Holloway were Julia's sous chefs, but Asa had fired them both and they had vowed to get even. Julia had chosen her assistant Vera to eventually replace her on her cooking show so Vera might have had a motive. And, of course, the husband is always a suspect, especially one rumored to be having affairs.

Other Questions Readers Will Have

As Hannah worked with Officer Miles, nicknamed Hymn, to reopen the case and investigate, it becomes evident to the reader that they are fast becoming friends, and maybe even more. Will it develop into love? How would they handle a long-distance relationship?

Vera looks a lot like Julia. In fact, Louie did a double-take the first time he saw her. She was very close to Julia. Vera explained to Louie, Cate, Buster and Hannah that she'd never known her birth parents. As she tells it, 'Someone left me with a family, Lenora and Jacque Bessinger. They were to care for me for a few days...but it turned into a lifetime.'

Jacque was a baker and the couple owned a little shop in Arzon. One day Julia had come in looking for rolls when Vera was very small. She learned Vera's story and kept up with her whenever she was in Arzon. As Julia became richer, she never forgot Vera, and she saw that the Bessinger family always had enough money to meet their needs. Later, she paid for Vera's education and even set up a trust for her. Hannah isn't sure she buys Vera's story. Readers will also wonder. Who is Vera really?

My Review and Recommendation 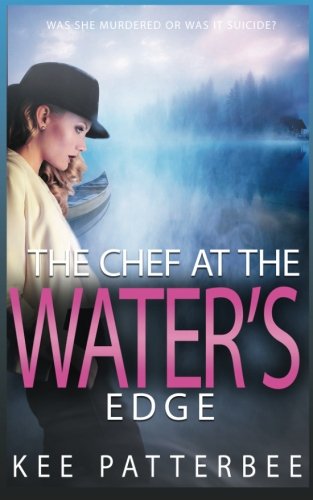 The three main characters in Chef at the Water's Edge - Louie, Vera, and Hannah, were credible. By the end of the book, readers will know them fairly well. I personally liked all of them, even though Louie was a bit obsessed with Julia. In the end, it is more evident why. My favorite character was Hannah. She was compassionate, thoughtful, analytical and smart. She also tried to stay objective. The minor characters added interest and widened the circle of suspects, but they weren't as well-developed as the main characters.

I enjoyed looking over Hannah's shoulder as she investigated. There were many twists and turns in the plot and I kept changing my mind about the murderer as I read.  In spite of this, I was not totally caught off-guard at the end. It was a satisfying conclusion that made sense in light of what came before it.

I highly recommend the book to those who like police procedural mysteries. Hannah adds the amateur sleuth dimension. The setting in a culinary town devoted to a celebrity chef will add interest for those interested in the culinary arts. Lastly, dog lovers will enjoy the important role Louie's large Mastiff, Critic, played near the end.  If you love mysteries, don't miss "Chef at the Water's Edge".