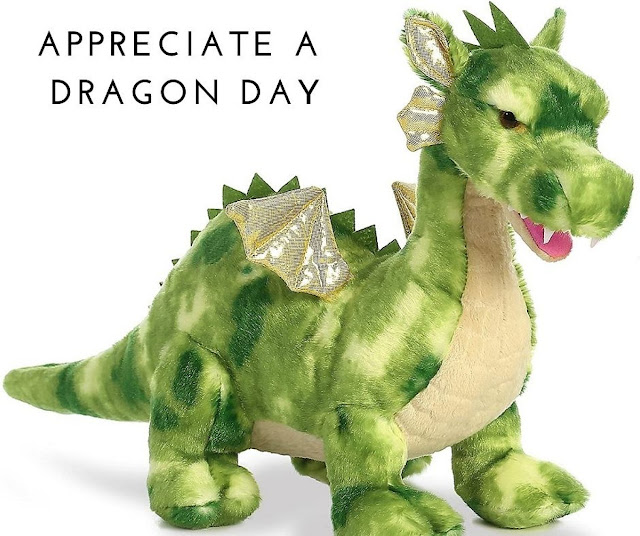 In 2004, a school teacher named Donita K. Paul, decided to retire.  Shortly afterwards,  Mrs. Paul began a new career as a writer.  She created “Appreciate a Dragon Day” to celebrate the release of her first book, Dragon Spell, and as a way to celebrate literacy.  We now celebrate this day every year on January 16.


Today she is an award-winning novelist writing Christian Romance and Fantasy, but it looks like the mythical creature we call the dragon has become her favorite.

Things to do for Dragon Day

Since Mrs. Paul's dragon books are designed for children, she has a number of suggestions for kids to celebrate her 'Appreciate a Dragon Day'. 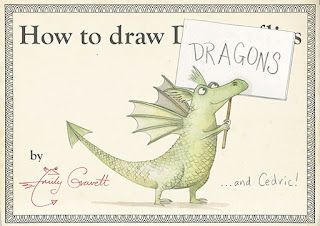 Check out How to Draw Dragons, a cute art lesson for children found on Emily Gravett's web site.  Emily is an illustrator and author of darling children's books, including  Cedric the Dragon.

The most famous dragon of modern times has been immortalized in song.  Puff, the Magic Dragon was written by Peter Yarrow of Peter, Paul and Mary folk group fame more than 50 years ago… and is still beloved by children (and their parents and grandparents) today.


I got to see Peter Yarrow in person in Savannah, GA three years ago when he was one of the performers of our annual  music festival.  Before singing “Puff”, he called a couple dozen small children up on the stage with him and had them help sing the song.

Peter Yarrow held his microphone down to a 5-year-old singing “Puff”.  She knew all the words, though even her parents had yet to be born when the song was written in 1963. Peter Yarrow told the audience that day that he had no idea the song would become so well known and beloved by generations of children.  He said he finds this very moving.

Personal Note:  Speaking of feeling moved, after the concert I stood in line to tell Peter Yarrow I had been a fan for almost all of his career and, really feeling overwhelmed, tearfully thanked him for the beautiful music and the 50 years of special memories.  He gave me a hug as I left, giving this folk music fan another wonderful memory.

This children's book is based on the fabulous children's song written by Peter Yarrow and Lenny Lipton with beautiful illustrations by artist Eric Puybaret.


The book comes with a CD featuring not only Puff, but several other songs performed by Yarrow, his daughter Bethany, and cellist Rufus Cappadocia and a Puff, the Magic Dragon Plush Toy.

An adorable 3-piece gift set for all fans of "Puff", young and old.

Kids love stuffed toys and a plush dragon is a perfect toy for those who love dragons. 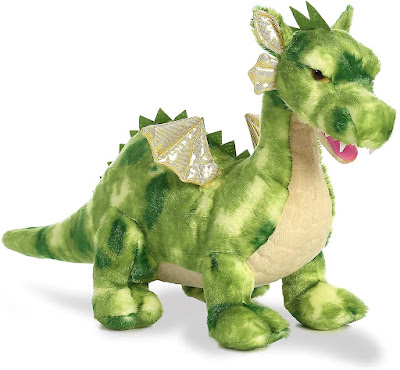 Vollenth the green dragon from Aurora is an adorable example of a plush dragon for children. Measuring 18" long, this toy dragon is a fun toy to have running around the house.

Get Ready to Celebrate "Appreciate a Dragon Day" 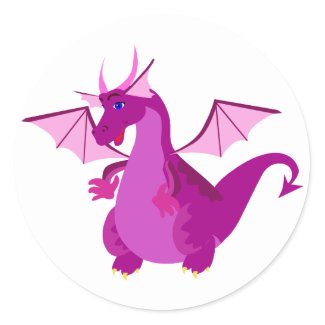 Friendly Purple and Pink Dragon Classic Round Sticker by FaerieRita


So, whatever you choose to do to celebrate “Appreciate a Dragon Day” you are sure to have a wonderful time with this favorite of mythical creatures.