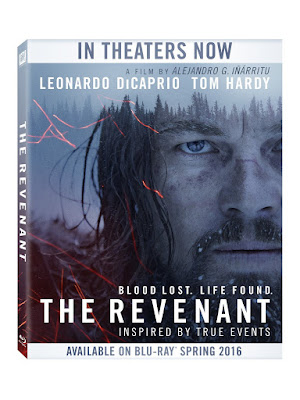 The Revenant may sound like a movie that most women, including myself, would not be interested in seeing due to it's graphic violence.  Any of the trailers for this movie tell you well in advance that this movie is going to be hard to watch for the tenderhearted.  I can tell you from experience now, that it is hard to watch even for the not so tenderhearted.

However, it is loosely based on the true story of a real life frontiersman, Hugh Glass.  Therefore, it is an enticing movie to history buffs.

The actor, Leonardo DiCaprio, is a major draw for this movie.  He already has a very large group of fans that will flock to his movies regardless of plot. His acting in this particular movie is quite likely to add even more followers to his "club".

Plus, the scenery in the movie is breathtaking.

The True Story of the Real Hugh Glass

Quote from the article above:  "Delay of the party in this hostile Indian country might mean disaster to all and a lengthy council was held to determine which course to take.  Finally Major Andrew Henry induced two men by reward of $82 to remain with Glass until he should expire, as not the slightest hope for his life was entertained."

However, that is as much as the real Hugh Glass and the movie have in common.


The Revenant [Blu-ray]The movie starts with the hunting party, which included the widower Hugh Glass and his son, Hawk, being attacked by Indians.  Only a small regiment of men escape the massacre by reaching their boat and setting off downstream.  They are, of course, pursued by the Indians on the cliffs surrounding the river.  Hugh Glass advises Capt. Andrew Henry that their best chance would be to abandon the boat and track across land back to their fort.  Not all of the men agreed with Glass, but Capt. Henry makes the decision that they will follow Glass.

At this point, John Fitzgerald, the man who most vehemently disagreed with Glass, takes the opportunity to verbally attack Hugh Glass and his half Native American Indian son.  Even suggesting that he has previously killed an army officer.  Anything seems to be an acceptable accusation from the man who wished to diminish Glass in the eyes of the Captain and the other men.

Later, as Hugh Glass is out scouting, he encounters a mother bear and her two cubs.  He is mauled by the mother bear before he is able to kill her.

The hunting party arrives on the scene and pulls the dead bear off Glass.  They build a stretcher for Glass and try to carry him along with them as they traverse through the woods back to their fort.  When they come to an exceptionally difficult mountainside to climb, they make the decision to leave Glass with 2 of the men who are willing to be paid to stay with him until he dies.  Ironically, one of the men who stays for the pay is none other than John Fitzgerald.  Hawk, his son, also stays by his side along with another young volunteer named Jim Bridger.

John Fitzgerald kills the son in front of the incapacitated, but very much awake Glass.  Fitzgerald lies to Jim Bridger saying that he has spotted a group of a dozen Indians by the river and they must flee to save their own lives.  He acts as if he has no idea where Hawk is, but that they must leave immediately.

They abandon the still living and breathing Hugh Glass after dragging him into a shallow grave, which Fitzgerald did take the time to do even though they needed to make their getaway.


Just as the real Hugh Glass, this fictional Hugh Glass miraculously survived and crawled to the safety of the fort across the rugged, mountainous, freezing terrain.   He survived by eating whatever he could find, including abandoned buffalo meat.

The fictional Hugh Glass did get help along the way, including having his wounds stitched up somewhat and treated.  There is no report that any such aid was provided to the real Hugh Glass.

Amazingly, the fictional Hugh Glass also managed to rescue the Pawnee Chief's captive daughter when he witnessed her being raped by one of her abductors.


The Best Parts of the Movie "Revenant"

I have no doubt that by now you already know how I felt about this movie.  You may even wonder why I stayed until the end.

I stayed mostly because I was not alone.  I went to the movie with my husband and my son.  However, I did find a few things to enjoy while I was being mentally battered by the violence. 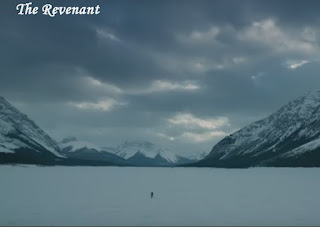 I loved the scenery in the movie!  Perhaps that is simply because it was real and not filmed in a studio.

I also appreciated the very believable acting job by Leonardo DiCaprio.  This is probably his best ever acting.  Of course, even I recognize that his "acting" was truly real.  The man was freezing to death out there.  Still, I admire his fortitude and determination.  I must tell you, he so clearly communicated that he was freezing, that I started freezing.  I put on my coat and gloves right there in the theater and I was still cold!

I also feel somewhat better prepared should I ever be mauled and abandoned in the wilderness.  He exhibited some excellent survival skills by eating after wolves, catching and eating live fish, using the carcass of a death horse to warm himself and stay alive.  I am hoping I never need to use these lessons, but I do feel better prepared now.


My Conclusion and Why I Give the Movie "Revenant" Low Ratings


Would I recommend this movie to anyone?  Absolutely not!  It was violent from beginning to end.

I do understand folklore and how stories as they are handed down from generation to generation are embellished.  However, I have a real problem with the extreme liberties that the movie took since they used the history of a real men and completely submerged it in fiction.   I do not embrace revisionist history even if it does make a story "more entertaining."

The real Hugh Glass's struggle to survive after being abandoned, eating berries and whatever he could steal from wolves would be a fabulous movie without all of the other social agenda and ridiculous attempt for romanticism.

There is certainly no need to add a fictional son who is killed by the men left to care for the mauled man.  Being abandoned in the wilderness to die without any means to even defend yourself is indeed sufficient incentive to seek revenge.

In my opinion, the only true redeeming points for "The Revenant" were the exceptional acting and the gorgeous photography.   Oh!  And, the fact that it did have an end even though I wondered for nearly 2 hours if the movie was ever going to end.

The Revenant Movie Review by: