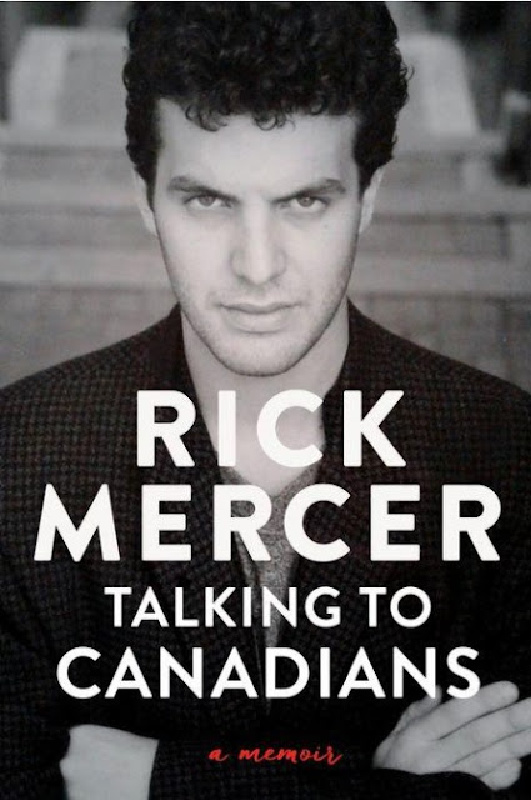 Rick Mercer's autobiographical book appeared under many a Christmas tree in 2021. I myself gifted it to a number of family members after watching a program on which the Ottawa International Writers Festival featured Canadian journalist Linden MacIntyre interviewing Mercer and reviewing Mercer's life so far as depicted between the covers of this book.
For those who might not know, Rick Mercer is a Canadian celebrity. He is a comedian who had great success on television on shows that included This Hour Has 22 Minutes, Made in Canada, Talking to Americans and his biggest success and the program with which my family was most familiar, the Rick Mercer Report. When he eventually ended the Rick Mercer Report after 15 seasons, a question arose. What was Rick Mercer going to do now?
The answer? He went back to stand up comedy, performing to packed shows wherever he went. That is, until the pandemic arrived.

Mercer had to pivot again and this time his pivot found him writing this book, Rick Mercer Talking to Canadians: A Memoir. For once, Mercer was talking about his own life instead of about the lives of others.  It is an interesting tale, telling the story of his development from that of an unsuccessful student to that of a very successful comedian.
On Twitter, Canadian author Margaret Atwood, said that the book is a "funny, pitfall-strewn, no-holds-barred memoir from the ranting TV uproarist, edge-walker, envelope-pusher and pot-stirrer who once talked me (Atwood) into impersonating a goalie!" On the Rick Mercer Report, Mercer talked many people into doing things out of their comfort zone.
Policy Magazine called the book "alternately funny, moving and always heartfelt." Touché!
Jann Arden, another Canadian comedian and songwriter, endorsed the book when she said "I laughed so much reading this, I kept waking up my dog in bed. Rick is a determined writer - he never stops pulling you into his stories and he never stops looking for the punchlines in everyday life. He made me realize how funny ordinary things are, how funny and how incredibly interesting. It's heartfelt and honest and generous and edgy - just like Mercer himself. Read it! It's fabulous!" I agree.
My only quibble with the book is that it isn't finished but then again, Mercer isn't finished. Who knows what the next book will have to share.

WHO SHOULD READ RICK MERCER'S MEMOIR?

For one, anyone who is familiar with Mercer's television programs and comedic abilities will love this book. If you know his work, you will particularly enjoy learning about his background. If you enjoy true stories and autobiographies you will likely enjoy this book. If you have a Canadian connection in particular with Newfoundland and Labrador, you will enjoy it. It is an easy to read, funny book and I do find funny books hard to come by.  They say that writing humor is difficult. Obviously, Rick Mercer does not have that problem. Apparently, the audiobook is particularly enjoyable because Mercer himself reads it. With the audiobook, you will not only 'hear' his way of speaking in the words on the written page but you will literally hear them. Find your copy Rick Mercer's Talking to Canadians of the book on Amazon here.
See you
at the book store!
Brenda
Treasures By Brenda