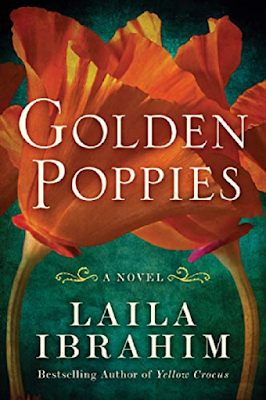 Golden Poppies by Laila Ibrahim was my pick for the Amazon Prime free books for May.  I always enjoy historical fiction and I was not disappointed with this compelling story.

The Book on Amazon

Main themes of the Book


There are several themes that run throughout the book.

Highlights of the Book


This book looks at two generations of people who are linked by friendship and racial solidarity.

The book begins in 1894 with the story of Mattie, a former slave who escaped the plantation on which she lived and worked.  When the story begins Mattie is now living in Chicago and is very ill.  Her daughter, Jordan and grandaughter, Naomi are by her side; but Mattie desires to see her old friend Lisbeth one more time before she dies.  Mattie had been Lisbeth's nanny on the plantation before she escaped and they have kept in touch with each other through the years.   Jordan finally agrees to getting in touch with Lisbeth, even though she doesn't know if she wants to share her mother's last days with a "white" woman.  Upon getting the message, Lisbeth immediately makes plans to leave her home in Oakland California to visit Mattie.  Lisbeth's daughter Sadie travels with her by train to Chicago.

I don't want to give away the whole story but after Mattie's death all four woman end up going to Oakland.  During the weeks that follow they  become involved in the Women's Suffrage Movement.

There are many interesting side stories that make the book a real page turner.  These include the birth of a child, a husband's abuse, an interracial marriage and the continued loyalty and friendship of the two families.

My Thoughts on the Book


I found the book to be very compelling.   It was one of those books I just couldn't put down.  The author made the characters come to life and I found myself routing for their success and fearing for their safety.

My favorite character was Sadie, Lisbeth's daughter, who had several struggles of her own during the story but always was there for her Mom and her friends.  She was married to a man who was very domineering and her struggles seemed very true, both for those times and today.

I think the one thing that struck me was that in all the struggles, even though they took place over a 100 years ago, you can see that many things are still the same today.  Sadly, sometimes the more things change the more they remain the same.