Tim and Heidi are reunited! If you are a fan of Project Runway then you have noticed their absence from the show and have missed the presence of Tim Gunn and Heidi Klum the Project Runway OG's. The duo have reunited in the Amazon Originals Series Making The Cut. 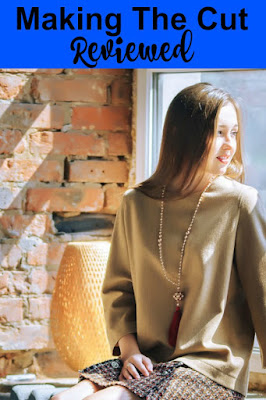 The similarities between Project Runway and Making The Cut are hard to miss. The premise is the same with fashion designers competing in elimination challenges to a season finale with a fashion show. The major difference is the focus of designing as a global brand with the prize of a mentorship with Amazon Fashion.and winning one million dollars.

This is where Making The Cut definitely differs from Project Runway. The show focuses on not only the design, but how the personality of each designer is enveloped into the design looking towards becoming a global brand. The next emphasis is their focus on the marketing and merchandising behind creating, building, growing and operating a profitable global brand.


In conjunction with the show Amazon Fashion now has a Making The Cut Store which allows customers direct access to winning designs from the show. As easy as a click of the mouse fans can order newly created and exclusive designs from the competitors. This is a fun add on for the fashion forward customer.

The series is light fashion fun as the designers compete for the very serious and life changing prize of one million dollars. Tim, Heidi and the celebrity judges guide the contestants with their often blunt, but sincere critiques as insiders in the world of fashion. The series is an Amazon Original and included with an Amazon Prime membership.