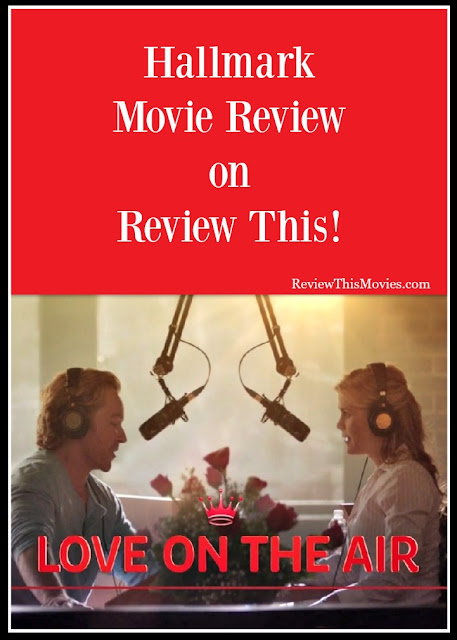 Imagine being live on the air with the person that annoys you most in life.  Broadcasting your arguments for the world to hear, while also giving relationship advice to listeners.  Well, that is exactly what happens to Sonia (Alison Sweeney) and Nick (Jonathan Scarfe) in the Hallmark movie, Love on the Air.

The only thing better than a sweet romantic movie, is one that also makes you smile.  Better yet, one that makes you laugh.  Yes, I found myself laughing a few times during this movie.

I found out for myself, that it is the perfect movie for an afternoon or evening indoors.  After working in the yard for a few hours, I needed a break from the heat and a relaxing movie that wouldn't take a lot of mental investment to appreciate.  And, that is exactly what I got with the Hallmark movie, Love on the Air.

A sweet, easy to watch romance.


Love on the Air Hallmark MovieA Hallmark Movie Subscription is Required to View This Movie On AmazonBoth Sonia and Nick are talk show hosts for their own individual shows, except at different radio stations.  Nick's Man Cave airs at night, but Nick wants to stop working at night.   Sonia already has a daytime slot, but it is broadcast by a smaller station.

Sonia's show is based on developing a relationship that allows a woman to follow her dreams and career.  She encourages women to not base their lives on love relationships.  Her theme phrase is "be an island".  She believes "getting married doesn't mean giving up your identity.  The question is not who's going to let you.  The question is who's not going to stop you."  In her personal life, Sonia has been in a long-term relationship with her fiance and they are planning their wedding.  Her segmented view of a romantic relationship seems to be working for her and Scott.

Nick's show gives advice to men about how to not be taken advantage of by an overbearing woman.  He gives dating advice like, not spending too much money on first dates, or not spending money on sending flowers.  Instead, he suggests cheap dates and flowers picked from a garden, preferably not from your own garden.  He states on the air that the word "girl-friend is a misnomer".  In his personal life, Nick doesn't pursue long-term relationships.  He appears to be content with being single.

When Sonia is asked to cover for another female on WCV radio station, she is thrilled.  Even though it is a nighttime show, it has a huge following.  It just so happens that Dr. Lynne's show airs right after Nick's Man Cave show.   During the Dr. Lynne show, Sonia's fiance dumps her (inadvertently) on the air.  She has no idea that her fiance was influenced by Nick's Man Cave advice that was on shortly before her program began, but she handles it with as much grace as she can muster.  Surprisingly, Sonia's rating soar as a result of that excruciating experience.

Nick and Sonia meet for the first time by accident at an afternoon movie matinee.  Not realizing who the other one is, they strike up a conversation and seem to like each other just fine.  Nick opts to sit behind Sonia during the movie and even shares his popcorn with her.  After the movie, they get into their first spat over who is going to pay for coffee.   Of course, Nick feels he must tell his audience all about it.  He didn't realize Sonia was in the station, able to respond to his story, until she interrupted his broadcast.  The fire between them as the argued shot their ratings through the ceiling and up to the sky.  And that is when the station decided they needed to co-host a morning show!

Once they had forged a sort-of friendship, Nick decides to help Sonia get Scott back.  Even more fun follows, which means you must see the show for yourself to find out what happens.

Currently, Love on the Air is available on Amazon with a subscription to the Hallmark Channel. 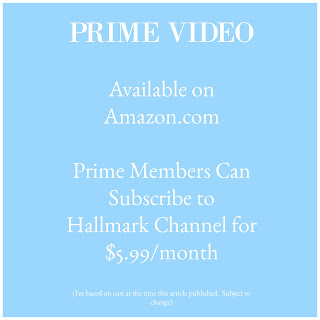 Love on the Air - Hallmark Movie Review Written by: