The Hemingway-Pfeiffer Museum in Piggott, Arkansas


Touring and photographing Ernest Hemingway's "home" and studio in Piggott, Arkansas was a fabulous way to spend a day, and a wonderful memory.  The house actually belonged to the Pfeiffer family, but it was "home" to Hemingway when he was in Piggott.

I admit, while I have read several books by Ernest Hemingway, he is far down my list of favorite authors, but he is on the list.  He is also one of my husband's favorite authors.   When we discovered we could tour his home in Arkansas, we were definitely up for the adventure.

Prior to visiting The Hemingway-Pfeiffer Museum, I didn't know a lot about Hemingway's personal life.  I was in for a lot of shocking details!  We were basically given a private tour of the home and our tour guide was extremely knowledgeable.  Because we were the only two people there, we asked lots of questions and I had plenty of opportunities to take pictures.   Expecting to be in for a real treat, I had packed two cameras and all of my lenses.  I am really glad I did.  It turned out that I needed them all to get the shots I wanted! 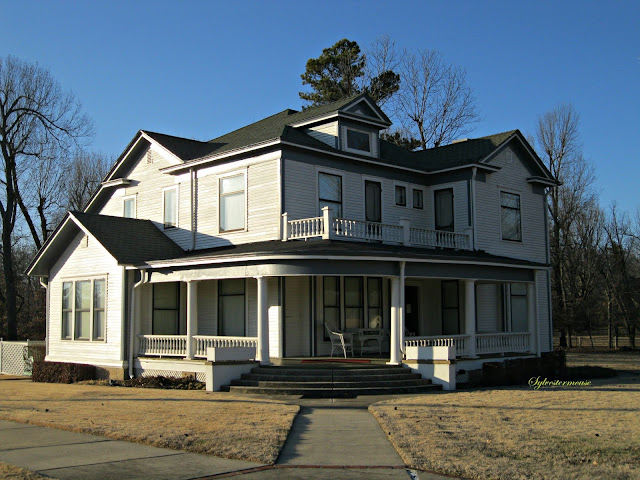 
Our guide give us a great deal of historical detail.  It was clear that she greatly admired Pauline Pfeiffer.  She bragged to us about how Pauline Pfeiffer was a journalist for Vogue magazine in Paris, France.  It was there that Pauline met Ernest Hemingway and his wife.  According to our guide, Hemingway was immediately enamored with Pfeiffer and they engaged in an affair.  When Hemingway told his wife that he was in love and wanted to marry Pauline, she suggested that he take some time to think about it.  If he wanted a divorce so he could marry Pfeiffer, she would grant him the divorce.  And, so it was...

Pauline and Ernest married in France that following spring.  When Pauline discovered she was pregnant, they moved to Piggott, Arkansas to live with Pauline's family and to await the birth of their child.  That home is now a part of  The Hemingway-Pfeiffer museum.  It is also the place where Hemingway wrote parts of "A Farewell to Arms" in the barn studio located on the property.


By today's standards, you might not think the house is very big.  However, I have no doubt it was considered quite large in Piggott during the late 20's & 30's when the wealthy Pheiffer family owned it.

Much of the furniture in the home today, was furniture owned by the Pfeiffers and in use when Hemingway was there.  That alone, makes the tour very interesting.  I could easily imagine Ernest Hemingway sitting in this front room with a romantic fire.

Apparently, the Pheiffers loved Stickley furniture as much as we do!  This is the front room on the right as you enter the Pfeiffer home.

If you look carefully, you will see that the photo of Ernest & Pauline is sitting on the end table.  Of course, I had to take a close-up photo of the couple.


On the left, as you enter the home, is a grand piano.  The comfortable chair would certainly be inviting to sit and listen to an accomplished pianist.


The stairs to the bedrooms is directly across from the front door.  You could literally run through the front door and up the stairs if you desired.  Again, I could easily imagine Ernest Hemingway doing that very thing.  Then calling out to Pauline as he reached the landing at the top of the stairs, all excited about news of a new hunt.


Prayer Room in The Hemingway-Pfeiffer Museum


I found it extremely interesting the Pauline Pfeiffer's mother, Mary Pfeiffer, had a prayer room in her home.  Our guide explained that Mary required a prayer room since there was no Catholic church close by to attend and she was a devout Irish Catholic.

The existing prayer room was set up to look like Mary Pfeiffer's prayer room.  She had a real altar there, but it is currently being used by a church.  You can see the real altar in a photo that is sitting on the makeshift altar.

Mary also had a quilt closet upstairs. This was probably my favorite room. Not because of the room itself, but because of the story of the room. According to our guide, the Pfeiffer's were surrounded by people who had very little.  Many of the women of the community would quilt and sell their quilts just to get by.  Mary Pfeiffer never refused to buy the quilts.  She stored them in this room and when they were needed, she gave them away.

Of all of the people I heard about the day of our tour, I think I would have liked Pauline Pfeiffer's mother, Mary, the most.


One of my favorite photos was taken upstairs in one of the bedrooms.   There was a display case that contained a book from the Hotel Taube in Schruns, Austria.  This book was not interesting because it was an alpine skiing manual, but because it held Ernest Hemingway's autograph in the upper right corner.  The glass display case sits right under a window, which is why you see the curtain details reflected in the photo.

There were several other rooms in the home and I have lots of pictures, but I chose some of my favorites to share with you today.  Perhaps, one day soon you can tour the home for yourself and see it all in person. 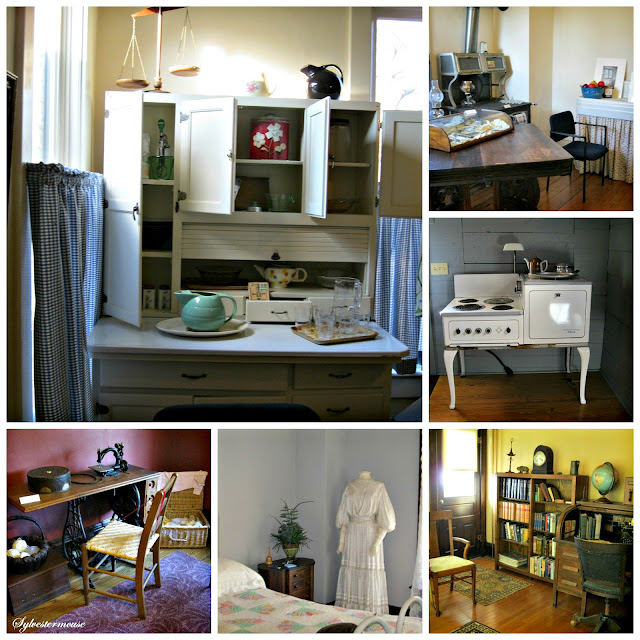 
Apparently, the upstairs studio of the barn was Ernest Hemingway's place of solace and the place where he went to write.

Due to the time of day, I was not able to get a great shot of the exterior of the barn-studio.  As you can see, I was staring straight into the sun.

Hemingway's studio was located up the stairs on the right.


I'm not pro big-game hunting and I really hated what I saw inside the studio.  It truly put a damper on my day and I admit, I stopped listening to the guide for a while.  However, I will still share the photos with you. 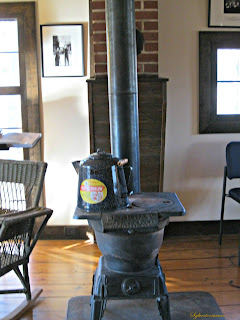 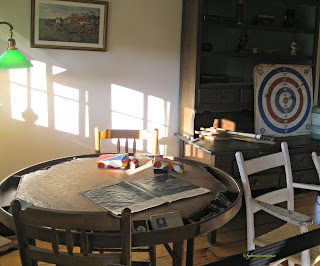 No doubt, I would have been better prepared to hear the stories that day of Ernest Hemingway's life if I had read any of the books featured below.

Reviewing & Photographing The Hemingway-Pfeiffer Museum in Piggott, Arkansas  written by: