My husband and I were traveling north on Hwy 90 on our way from St. Louis to New Hampshire.  Hwy 90 is a great way for us to travel to the east coast with lots of places to stop near the Great Lakes and lots of lighthouses to visit.  On this visit we stopped for the night in Erie Pennsylvania and were able to visit three lighthouses.  I had stopped at the visitor center when entering Pennsylvania and picked up a brochure on Lake Erie Lights.  In this brochure I found directions to the lighthouses and the facts about the lighthouses that I refer to in this post.

Erie Land lighthouse was built in 1818 and was the first lighthouse on the Great Lakes.  The lighthouse sits high on the bluff at the end of Lighthouse street.  The first lighthouse was built of wood but after forty years it was replaced by one made of brick.  This one only lasted for nine years when it began to sink.  The present lighthouse is made of sandstone with a brick lining and was built in 1867.  It was decommissioned in 1898 because the beacon on Presque Isle was better able to warn mariners. In 2003 the lighthouse was restored for visitors who are welcome to walk the grounds.  I saw beautiful views of Presque Bay from the grounds and was also able to see the North Pier light from the bluff. 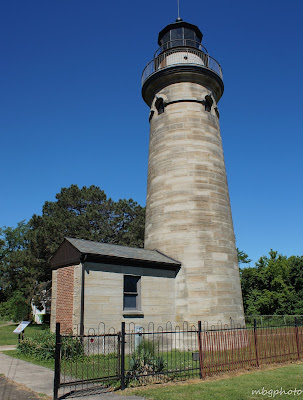 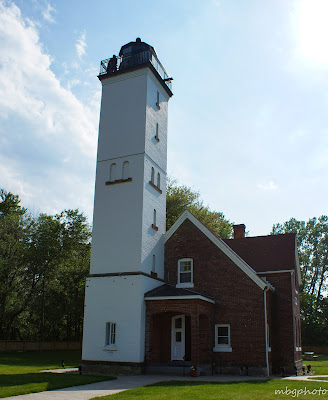 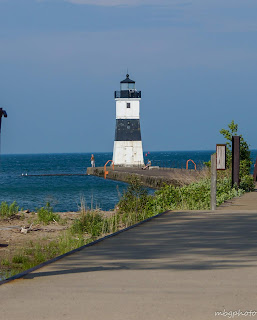 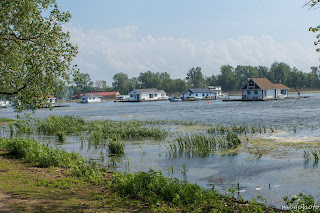 The North Pier light is located at the east end of the channel that leads into Presque Bay.  It was originally built in 1830 but was replaced in 1855 when it was destroyed by a sailing vessel impact.  Over the years it was moved several times as the peninsula grew and extended into the channel.  It has been in it's current location since 1840 and continues today to be used as an aid to navigation.  I was able to walk out to the light and take several photos of the lighthouse.  The second photo shows some interesting house boats that were in a lake on the road to see the lighthouse.

Stop by Lighthouse Musings for more photos on these lighthouses.


Zazzle Products from my Photos 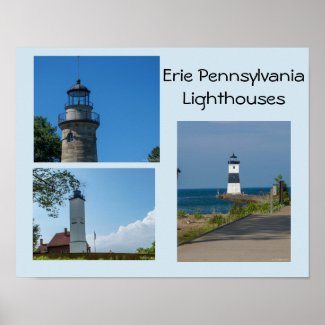