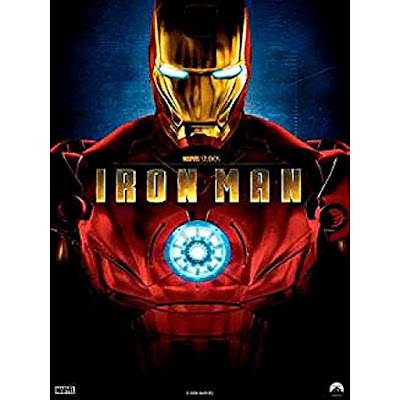 You may wonder why I am reviewing the movie Iron Man today.  After all, it was originally released over a decade ago.

There are two reasons why I have opted to review Iron Man.  One, because we have a generation of kids who are now old enough to be interested in the Marvel Avengers, but were not old enough in the beginning to watch the movies in order as they were released.

Second, Iron Man sets the foundation for all of the following Avengers movies.  Every Marvel fan, old or young, needs to see the movie Iron Man.  I believe we all have a much greater appreciation for Tony Stark and his leadership role in all of the Marvel Avengers movies when we know the background.


Iron Man (Single-Disc Edition)Check PriceIron Man was the first Marvel Avengers movie.  It was released in 2008 and starred Robert Downey, Jr. in the leading role.  Downey, Jr. is still playing Iron Man aka Tony Stark today in the Avengers movies.  That alone, makes this movie remarkable.

Tony is kidnapped by terrorists in enemy occupied territory after demonstrating a new weapon to US military troops.  They insist he build the new weapon for them, promising he will be released upon its completion.  Tony doesn't believe they will ever release him and neither does his assistant and fellow prisoner, Yinsen.

Tony designs the first Iron Man suit out of necessity and together, he and Yinsen build it.  After 3 months of being held prisoner and forced to work, Tony and Yinsen put their plan into action, but it is only with great sacrifice that Stark survives to return to the US.  Upon his return, he is determined that Stark Industries will never again build weapons of destruction.  However, the company CEO, Obadiah Stane, does not agree with Tony.  Stane is equally determined to make sure they continue building the weapons, even more powerful than before.

The battle between Stark and Stane is tremendous, but there are a lot of surprising reasons why it became so hostile.  You will want to watch this movie!

Even if you have already seen the more current Avenger movies, take a few hours to step back into the past and grab an Iron Man dvd.  You won't be sorry!


On interesting note:  Even though Captain America was the first avenger, the Marvel Avengers movies started with Iron Man.

All of these movies are fabulous on their own, but together, they are magnificent!

Avengers: Infinity War Movie Review
Marvel fans love Avengers: Infinity War!  All of our favorite Avengers, plus the Guardians of the Galaxy join the battle to save the world from evil domination and genocide by Thanos. Expect some very shocking and even upsetting deaths in this movie. Real Mavel fans will need Kleenex!


*In reality, there are no honors at MIT for graduating with a high GPA