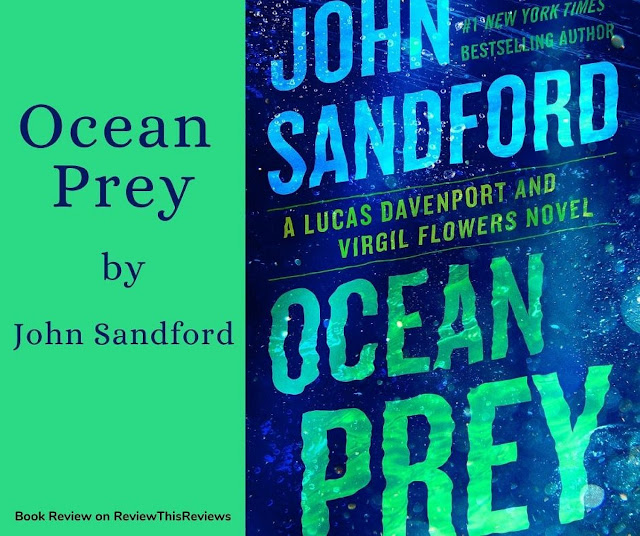 Mystery Writer John Sandford has written 30 books in the Lucas Davenport 'Prey' Series and 12 books in the Virgil Flowers Series. With Prey Series Book #31, Sandford combines these two entertaining characters into one story and has them working together to solve a crime.

Ocean Prey is a Lucas Davenport and Virgil Flowers Novel.

The  main character of the series, Virgil Flowers, is described as tall, lean, late thirties, three times divorced, with long hair. He often wears t-shirts featuring rock bands. Virgil works at the Minnesota Bureau of Criminal Apprehension (BCA). He is good friends with Lucas Davenport and is frequently mentioned in various 'Prey' novels.

Davenport has been a police officer, a Minneapolis detective and Minnesota Bureau of Criminal Apprehension investigator.  In later books, including Ocean Prey, he now works for the U.S. Marshall's Office.  Lucas is tall with black hair, gray at the temples, blue eyes, and dark complexion.

Although each character has been mentioned occasionally in each other's series (as they are friends), this is the first book where they are featured working together on the same case. 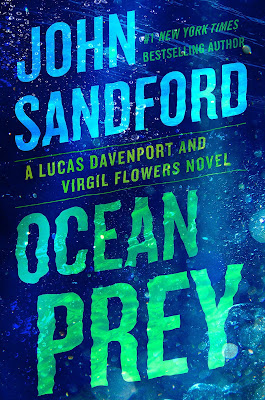 An off-duty Coast Guardsman, fishing with his family, spots a snazzy craft with extra horsepower picking up a surfaced diver who was apparently alone without a boat in the middle of the ocean. This doesn't make sense. The Coast Guardsman calls in this suspicious behavior.  The three Guardsmen who come out to investigate are shot and killed.

Since they are federal officers killed on the job, the FBI investigates. When the case stalls out, the FBI calls in the U.S. Marshall's office in the form of Lucas Davenport and his team.

When the case turns lethal, Davenport brings in a detective whose biggest asset is having a fundamentally criminal mind: Virgil Flowers.

Working undercover posing as a deep sea diver, with Davenport and the FBI supporting him in the background, Virgil infiltrates the group of notorious drug runners operating off the coast of Miami. They want the men responsible for the deaths of the Coast Guardsmen, but also the head of the organization which has been bringing in tons of illegal drugs in an unusual way. The main goal is to shut down the entire operation once and for all.

Ocean Prey brings us an outstanding and exciting story starring Sandford's two favorite characters, Lucas Davenport and Virgil Flowers. This may be a suspenseful mystery story, but it is also filled with humor of the type frequently used by police personnel to lesson the tension.  The jokes and wisecracks among the characters made me smile often, and actually laugh out loud in two places. A very enjoyable read.