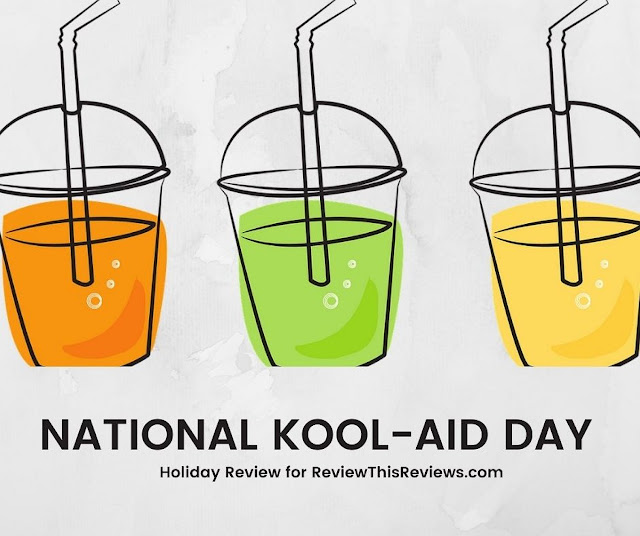 National Kool-Aid Day is celebrated every year on the second Friday in August. The day was likely created by Kraft Foods, the owner and marketer of the Kool-Aid brand.

Kool-Aid was invented by Edwin Perkins of Nebraska in 1927 in his mother's kitchen. He originally created it as a concentrate called “Fruit Smack”. To save on shipping costs, Perkins removed the water content and marketed it in powder form as “Kool-Aid”. There were six original flavors: cherry, grape, lemon, orange, root beer and raspberry. Over the years, many other flavors were added.

More Things to do with Kool-Aid 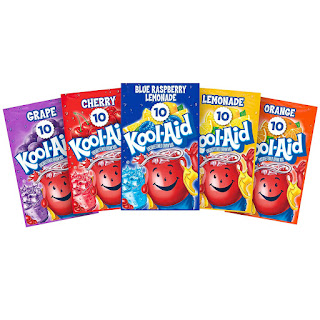 Color Easter Eggs with Kool-Aid as described by Dawn Rae in her Sharpies - a Great Way to Personalize Easter Eggs review.

Make a Brew-Ha-Ha Punch for your Halloween Party with the Kool-Aid recipe in Sylvestermouse's Wicked Brews and Beverages Halloween recipes review.

Make Kool-Aid Play Dough for a fun activity for the kids. Try this easy recipe from the Growing a Jeweled Rose Website

More Kool-Aid Activities to create in this Play Learn Grow blog by Growing a Jeweled Rose, such as Kool-Aid finger paints and sidewalk chalk paint. A fun group of Kool-Aid crafts for kids.

And – best of all – make some Kool-Aid Popsicles. They are a favorite of kids everywhere for a cooling off treat on a hot summer day. Grape was always MY kids' favorite. Silicone Popsicle molds make this treat quick & easy to do. 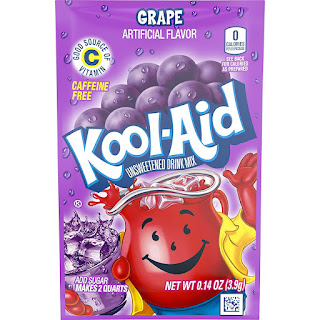 Kool-Aid is the favorite sugary soft drink of kids. Always perfect on a hot summer day.

Come celebrate National Kool-Aid Day on the second Friday of August each year – or on any summer day you crave a cool glass of your favorite flavor of Kool-Aid.