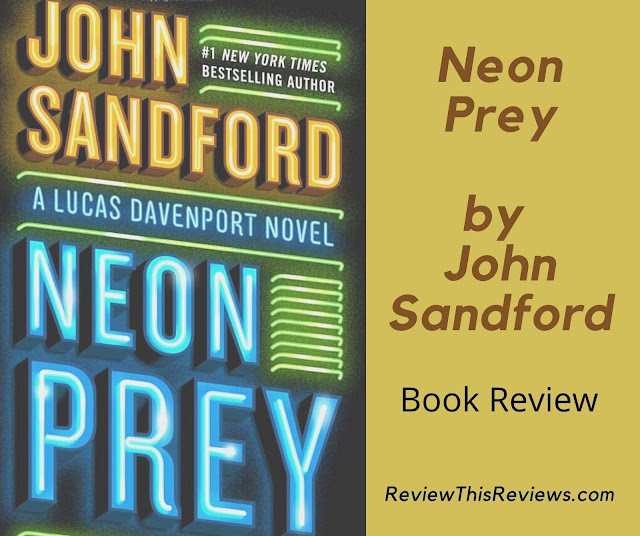 Lucus Davenport is a former Minneapolis homicide detective and later worked as an investigator with the Minnesota Bureau of Apprehension.  He is now with the U.S. Marshall's Service. In Neon Prey he is given the assignment of finding a small-time criminal (Clayton Deese) who skipped out on bail after being arrested.

Deese worked as a muscle-for-hire for a loan-shark. The Marshalls are looking for him mainly because they think he might be their best chance to bring down his boss and the whole illegal loan-sharking operation.

Lucus and his team, Rae and Bob, track Deese to his home in rural Louisiana where they discover he has disappeared.  When they check out a dirt path behind Deese's cabin, they find a jungle full of graves. Now Deese is no longer a simple crook who beats people up for his loan-shark boss; he is a serial killer who has been operating for years without notice.

Tracking a serial killer instead of just a low-level criminal who skipped bail, the Marshall's office teams up with the FBI. The search takes them to Los Angeles where Deese has a brother who may be harboring him. It is soon discovered that the brother is also a crook and has a gang of thieves who rob wealthy people in home invasions.  A Los Angeles police detective is extremely anxious to catch up with the brother and his gang. Deese and his brother are finally located in L.A., but a planned swat team attack fails to catch all of the gang members.  Deese and his brother, along with two other gang members, manage to escape.

Through evidence found in the quarry's house, they figure out the four remaining criminals have gone to Las Vegas.

Now, not only are Lucus Davenport, Bob and Rae from the U.S. Marshall's Office looking for them, but also the FBI, the L.A. Detective and the Las Vegas police.

Except - the quarry is ruthless and – as Davenport will come to find – full of surprises.


Neon Prey is #29 of 31 in the Lucas Davenport 'Prey' series. As with all of Sandford's books, this one has clever plotting, is genuinely suspenseful, and is interspersed with cop-type humor.