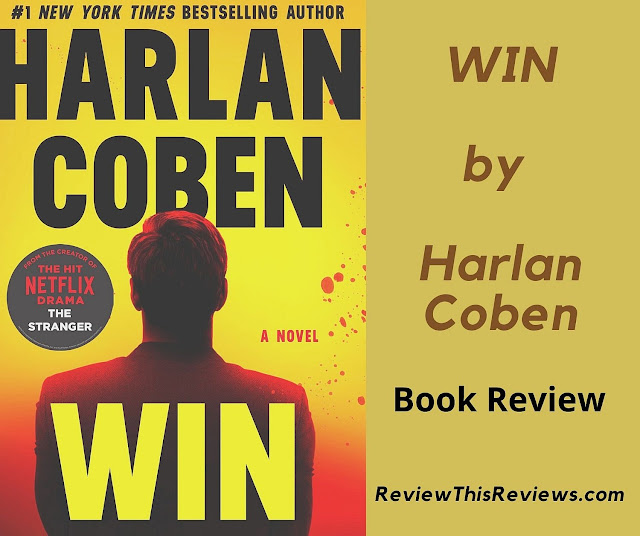 Best-selling author Harlan Coben has written 18 Non-series stand-alone suspense books, the latest of which is WIN. Coben is also well-known for his Myron Bolitar series. Throughout the Bolitar series, we follow the interaction between Myron and his best friend and 'side kick' in solving crimes, Windsor Horne Lockwood III - or Win. It wasn't until I began reading Coben's newest book WIN that I realized the story was about Myron's friend.

For the first time, we get the true inside story of Win. Myron Bolitar is not featured in this book, except for a few references about the two of them together.  Instead, for the first time, this book gives us the background on the Win we have known and loved throughout the Bolitar series.

Windsor Horne Lockwood III (Win) is an extremely wealthy man with impeccable taste and a personal approach to justice that too often lands him on the wrong side of the law.

When the FBI takes Win to a murder scene in the upper West Side apartment of a recluse, Win doesn't know why. Then he sees two objects there, a stolen Vermeer painting and a suitcase bearing the initials WHL3 - his initials.

Win is baffled how his family heirlooms came to be in a dead man's apartment. All he knows is that they were stolen from Lockwood Manor over twenty years ago when his Uncle was murdered and his cousin Patricia was kidnapped. Even though Patricia escaped her captors, they were never apprehended, the murder of her father was never solved, and the stolen items were never recovered.

Now the FBI reveals that the murder victim in the apartment was also the mastermind behind a notorious act of domestic terrorism. Win must figure out the connection between the two cases.

A dead man's secrets lead our hero down a dangerous road in this thriller from the author of the Myron Bolitar series – where we first meet Win. Harlan Coben writes with wit and irony in each of his suspenseful outings . A master storyteller ~ always a delightful read.

*Book Review of WIN by Harlan Coben written by