The Reality of Love Movie Review 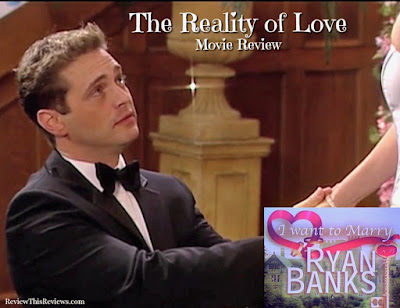 If you are seeking a really cute love story with a fairy-tale ending, then allow me to recommend The Reality of Love.  Not only is it a sweet love story, but it is a testament to true and devoted friendship.

I'm not really a big fan of reality television shows, but I am a huge fan of the Hallmark channel movies.  Therefore, I found myself watching this movie a few days ago and I loved it.  If the real reality shows were more like this movie's reality show, then I would probably be more inclined to watch them.  One thing I suspect they both have in common is that the editors of the program cut, edit and alter the participants to appear the way they want them to in the show.  But, things aren't always as they seem on screen.

The Reality of Love Movie Synopsis

When Todd (Bradley Cooper) and Ryan (Jason Priestley) graduate from college, they drive almost 3000 miles from Boston to Hollywood to celebrate.   While trying to impress a couple of girls in a bar, Ryan claims to be an actor.  He is immediately approached by a casting director who is looking for just the right guy for a movie.  She requests his manager's name and Ryan responds by introducing Todd as his manager.

The movie fast forwards to 10 years later when Ryan has become a huge success and Todd has in fact worked as his manager.   However, Ryan's last film was a failure and his career is sinking fast.  Todd comes up with the idea of featuring Ryan on a reality television show named "I Want to Marry Ryan Banks" and letting America pick a wife for Ryan.

The applicants flood in for the show.  It seems everyone wants to marry Ryan Banks.  Todd and Ryan pick 30 girls from the submitted videos which will be interviewed in person and 15 will be selected for the show.

From the very beginning, Charley (Emma Caulfield Ford) is America's top choice to be Ryan's wife.  Because Ryan wants to maintain his popularity with the public, he is willing to romance and select Charley as his bride.  However, there is just one big problem.  His best friend and manager, Todd, has fallen head over heels in love with Charley during the filming and production of the show.

One friend has to make a sacrifice that will affect the rest of his life for his best friend.

The Reality of Love Movie Review Written by: