5 Personal Choice Country Songs that are Easy to Sing

This list is purely based on personal choice, so you may not find these songs the ones you would choose!

Just wanted to give you a heads up in case you're gasping in shock at what I've deemed 'easier'.
Let's face it, if in your own opinion you can't sing, there isn't a country song that can fix that. But, if you like to hum a country tune for fun, give these a try :)

I've selected the song videos with lyrics so you can have your own private karaoke session right here while you're reading.

Don't be shy either; If you haven't heard the song before, listen to it once, then on the second run through, sing along and judge for yourself.

A Song About Infidelity - In the Key of A & uses the Chords D,A,Em,G,F#m, and Bm

There's just Jennifer and the guitar in this song, and it's spectacular.

If the song is in your key, with only a guitar, you may find it an easier song to sing. Apparently, Kristian Bush' brother is playing the Organ as well, but I have to be honest, I hadn't noticed that. If an acoustic song is your thing, be sure to try this one out.

Jennifer Nettles wrote Stay completely on her own. She tells the full story of how the song came to be on CMT (Country Music Television). She explains how she wanted to write a song from the perspective of the mistress versus the traditional position of the wife being cheated on.
In 2009 Stay Won the Grammy for Best Country Performance by a Duo or Group with Vocal, and Best Country Song

Stay was released as the fourth single on Sugarland's album 'Enjoy the Ride' - The album came out in November 2006, and Stay, was released in September of 2007. The song sold nearly 2,000,000 copies as of April 2013 and was certified Platinum.

The Video for the Song is a very simple presentation of Jennifer singing, however it still earned a number ten spot on CMT's Hundred Greatest Videos.

What makes this song so much fun to sing is the way the lyrics flow together, especially the chorus where the main words have several syllables: 'it's centrifugal motion, it's perpetual bliss, it's that pivotal moment, it's subliminal'. If you like a bouncy sound with phrasing that alternates quite a bit within a song, then you'll probably enjoy singing this one. The slight changes in pace and the way the words tell a story, makes 'This Kiss' a terrific good mood song to sing!

It was number one on the US and Canadian Country Charts as well as receiving numerous other accolades from many other countries. It reached number 13 in the UK Singles Chart, 52 on the German Chart, and 4th in Australia.

Crazy, by Patsy Cline is Crazy Good and I'll Venture a Guess that Almost Everyone Who Knows the Song has Tried to Sing It !

Chords in the Key C - With 12 Key Variation

Just adding this song to the page has caused me to start singing it endlessly! For those of us who categorize this song as 'easy to sing' I'll say it's because of it's crisp, clean easy flowing music and lyrics. There aren't too many surprising changes of direction. Although, to really sing the crap out of this, some god given talent comes in handy!

The Story Behind How 'Crazy' Was First Introduced to Patsy Cline, is Fascinating!

Patsy Cline's song, Crazy, was composed by Willie Nelson. She chose the song as the follow up to 'I Fall to Pieces' and the song helped to further propel her cross over fan base.

Apparently Willie Nelson, who was a struggling artist at the time, convinced Patsy's husband, Charlie Dick, to have Patsy listen to the song. Because the demo featured the song by Willie as mostly speaking the lyrics off the beat, Patsy hated the song! However, the song was rearranged as a ballad to become the hit we know today.

The House that Built Me, by Miranda Lambert

The Key of F Major

What I find nice about this song is the slightly lower tones in the verses and the way song peaks higher in the chorus. Sounds typical of most songs but the way this song makes the key changes makes me personally feel comfortable singing it.

The emotion and story attached to it also makes it an easy song to connect to as well. Of course, any song where you have a connection to the lyrics, you're automatically going to sing better.

This song is about a girl all grown who goes back to her family home, now owned by another family, and asks if she could have one more look around...she says, I won't take nothin' but a memory. If these words reflect your life story, then you'll enjoy putting your heart into this song.

'The House that Built Me' was Planned for Blake Shelton to Record, Until Miranda Lambert Heard it

The song was released in March of 2010 on her third album, Revolution. It turned out to be the fastest rising single to date of her career. By the 12th week of it's release it was Miranda's first number 1 hit on the U.S. Billboard Country Charts. It stayed there for four weeks as well. The song went Platinum.
Miranda Lambert received a Grammy for this song at the 53rd Annual Grammy Awards in 2011 for Best Female Country Vocal Performance for the song.

In the Key of C Major

What's most beautiful to sing about this song is the message.

It's a passionate song telling a story of difficult plights using showing that each journey is our Temporary Home - A little boy's temporary home in foster care, a mother and child in a temporary home seeking shelter, and the last most powerful verse, a dad on his dying bed in the hospital saying goodbye to his daughter explaining that this was simply his temporary home.

If you're looking for a song, and feel comfortable singing in the key of C major, then you'll find this one a beautiful song to try.

Carrie Underwood was Inspired by the Book 'The Purpose Driven Life' by Pastor Rick Warren - In the book he states, our human existence is simply 'our temporary home'

The song was released in December of 2009 and was the Second Single from her Third Album, 'Play On'.
Carrie Underwood is a spiritual person and her heart is poured into this song with tremendous emotion.The song manages to avoid being preachy by showing people's tough life circumstances in a way that ultimately leads to hope, no matter the struggle. 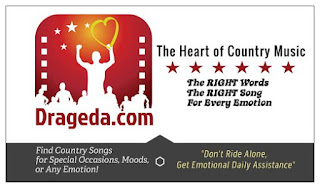