Perfect Gift For The Kristofferson Fan

I recently treated myself to a little gift. Kris Kristofferson has released a new boxed set of compact discs that coincides with his 80th birthday. If you are a fan of his like I am or you know someone who is, this boxed set is a must have.

Some people do not appreciate his singing voice and even he has said in the past that he thinks he sounds like a frog but his music transcends his voice, in my opinion. He is, by far, one of the best songwriters to ever walk this earth. I've been a fan of his songs for many decades now and for me it has always been more about the stories he tells in the songs that he writes. Kris makes you "feel" something when you listen to the words that make up the music. You may feel sad, happy or even sometimes a little angry when you listen to him, but always entertained. 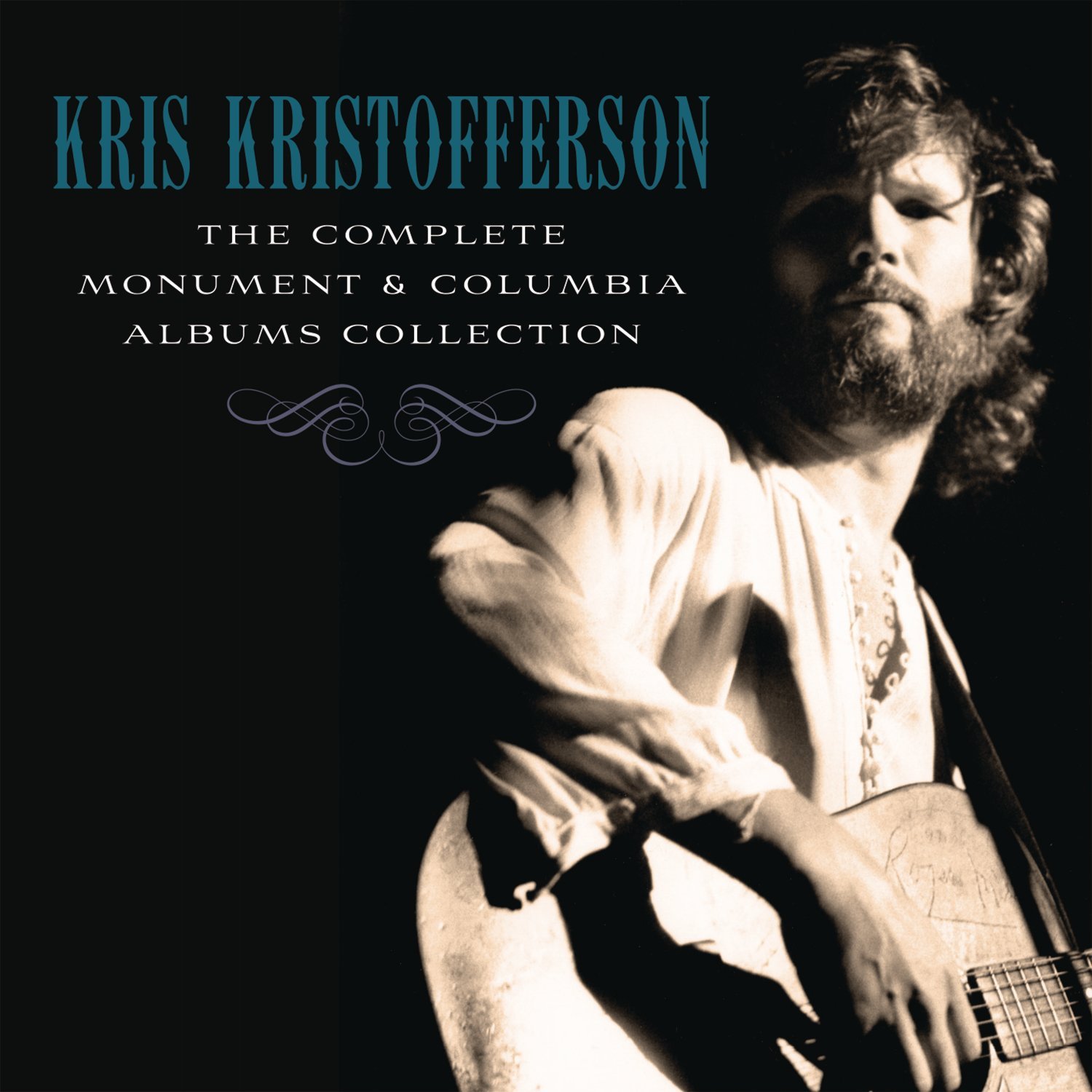 The boxed set includes 16 compact discs! There are 11 that are the first albums released by Kristofferson and then 5 CDs that are live performances done at various venues back in the day. What I love about this set is that the songs are his early work and those are the songs that I love the most. They bring back so many memories for me. Of course there are the standard favorites of mine but then there were songs that I had kind of forgotten about but was so happy to hear again.

Over the decades, I have gone to many of his concerts and have even talked to him afterwards as he stood outside of his tour bus. Maybe that is another reason that I am such a huge fan of his. He always seems so humble and surprised that anyone wants to listen to his music or to talk to him. As I have listened to the discs in this set, I have remembered hearing him sing different songs live and the different concerts. So, it has been a trip down memory lane and just the pure joy of hearing his music again.

I did hesitate when I saw the price of the set but then I realized that with the 16 discs, it was actually a good deal. Each disc averages out to be just a little over $6 each. Not bad, huh?

I am truly enjoying listening to these songs again and I know that if you are a fan or you know a fan that you or they will, also.