One Step Too Far – Book Review 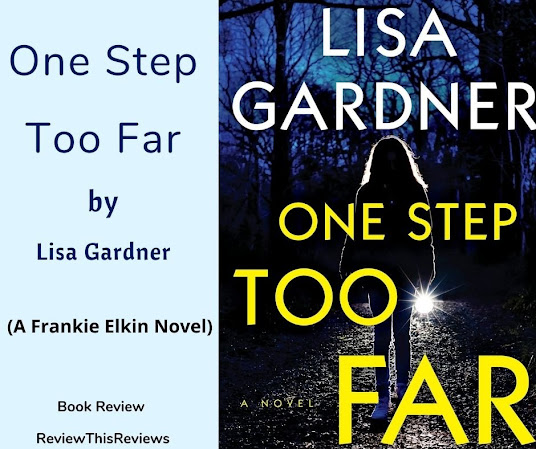 Last June I reviewed Book 1 (Before She Disappeared) in the Frankie Elkin series. At last, Book 2 has arrived ~ One Step Too Far.

Frankie Elkin is a recovering alcoholic who travels the country searching for missing people. She does this for no money or recognition. Her reason is known only to her, but she feels compelled to search for those whom the police have given up on due to too many other cases that CAN be solved, and when the public no longer remembers and the media has never bothered to care.

Synopsis of One Step Too Far

A young man goes missing in the wilderness of Wyoming. He and his 3 best friends had gone on a camping trip in the mountains for his bachelor party prior to getting married. The trip was Timothy O'Day's choice of a pre-wedding time with his friends. Tim was a very experienced camper who knew the woods and surrounding wilderness well.

A set of circumstances caused Tim to leave the campsite and somehow disappear completely. He left behind his guilt-ridden groomsmen, two heartbroken parents, and a pile of clues that don't make any sense. Numerous searches were conducted, yet no trace of him was ever found.

Five years later, Tim's father is organizing one last search in an attempt to find what surely has to be nothing but bones now. But it's time for closure. The rescue team is made up of eight people, including the 3 best friends from that fateful night, a trained woodsman friend of the father, an experienced guide and a woman with her search & rescue trained dog.

Frankie Elkin doesn't know the woods, but she knows how to find people. She joins the rescue team, despite their reluctance. As they hike into the mountains, it becomes apparent that something dangerous is at work in the woods. Someone seems to be trying to stop their search. Time is running out and Frankie and the search party soon discover that evil waits for those who go one step too far..... 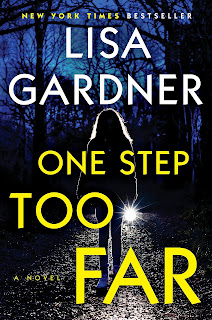 Amazon gives mixed reviews of this book. Some readers love it, some hate it. I liked it. I liked the character in the first book in the series and was interested in seeing what happens with Frankie in Book 2. I am also a fan of author Lisa Gardner and her 23 other suspense novels. I enjoy her style of writing. I particularly like the fact that she ends the story, then does another chapter of an Epilogue, filling you in on all the things that happen after a situation is resolved. Many books leave you to wonder. Lisa answers the questions you may have been left with.

So, if you are a Lisa Gardner fan and like suspense stories with a continuing character, I recommend One Step Too Far. I would suggest you begin with Book 1 – Before She Disappeared – as the author makes a few references to things that happened to Frankie on her first missing person's case in Boston.

*Book Review of One Step Too Far written by Wednesday Elf