Book Review of Confessions on the 7:45 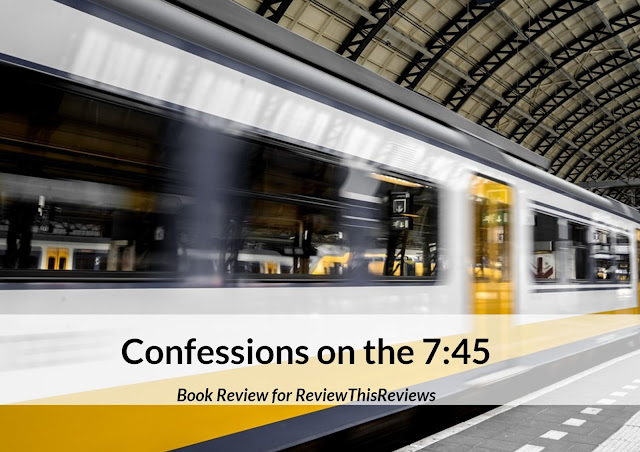 You may remember the novel by Patricia Highsmith called “Strangers on a Train” which became a famous Alfred Hitchcock movie in 1951. It was a psychological thriller about two men who meet on a train and whose lives become entangled after one of them proposes they "trade" murders. 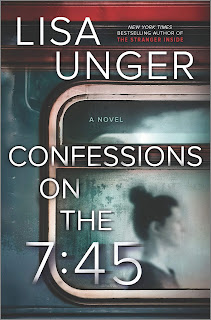 Confessions on the 7:45 by Lisa Unger is a bit reminiscent of “Strangers on a Train”.  The story begins with two women, strangers to one another, who begin talking when their commuter train is stalled on the tracks. Unlike “Strangers”, there is no proposed murder involved.  Instead, the women end up sharing confessions. Martha confesses she is having an affair with her married boss; Selena ends up admitting she suspects her husband is having an affair with their nanny. The women part ways, presumably never to meet again.

Days after the strange 'confessions', Selena's nanny disappears and soon Selena's near-perfect life begins to turn upside down.  The fractures in her marriage become deeper and the mystery surrounding the missing nanny intensifies.

Be careful to whom you tell your darkest secrets

In the midst of all that is going on in her life, dealing with her husband who admits he had been sleeping with the missing nanny and with the police who are investigating, Selena receives a text message from Martha.  Before she can figure out how Martha got her phone number, another text arrives saying:

It's Martha, by the way.

Selena begins to wonder, who was Martha, really? But she is hardly prepared for what she’ll discover…

The chapters of this book are labeled by names as the plot unfolds.  There are chapters called SELENA, and other chapters labeled PEARL and ANNE. Who are these other women and what do they have to do with MARTHA? Deep into the book we have a chapter called HUNTER. Each of these people have a role in what happens in the story.

Confessions on the 7:45 is a riveting thriller by master of suspense author Lisa Unger about a chance encounter that unravels a stunning web of lies. 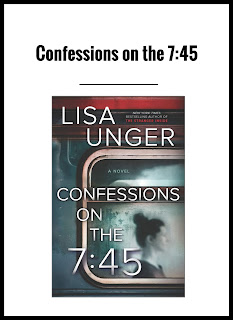 Book Review of Confessions on the 7:45 written by (c) Wednesday Elf