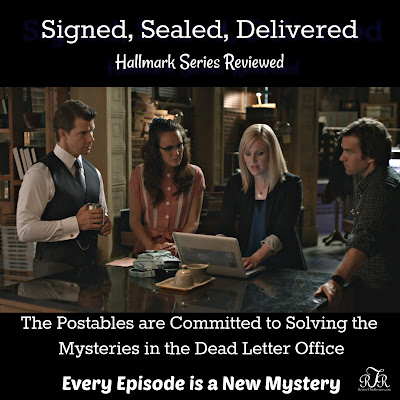 Signed, Sealed, Delivered started as a tv series in 2013, but after the first complete season, Hallmark rebranded the series as television films.  Sadly, that meant there would no longer be a weekly show.  But, for those of us who love the series, we are always excited when a new film is released.

There are 11 episodes, including the pilot, in the one season tv series.  At the time of publishing this review, there are more than 10 films that have been released since the series ended.

Alongside the wonderful main characters, the shows have featured some really fabulous special guests that include Carol Burnett, Della Reese, Valerie Bertinelli, and Valerie Harper.  These special guests have added lighthearted humor and fun that makes the shows even more entertaining.


As you might expect from the name, the main characters are employees of the US post office.  They are the only 4 employees of the Denver dead letter office, where they strive to find the right recipients in order to deliver long lost letters.  They often end up on great adventures while solving intriguing mysteries.

The dead letter department is headed by Oliver O'Toole who is described by his team as an old-fashioned gentleman, a man of faith, a rule-keeper, and a meticulous manager.  Oliver is married, but his wife left him so she could live in Paris.  He is always on the lookout for any correspondence from her, but she has clearly abandoned him and their marriage.

Shane McInerney is accidentally placed in the dead letter office.  Because of her computer expertise and hacking ability she ends up being an excellent addition to the team.  Plus, she likes the other employees there.  Shane decides to stay with them even when her transfer to her intended position is finally approved. 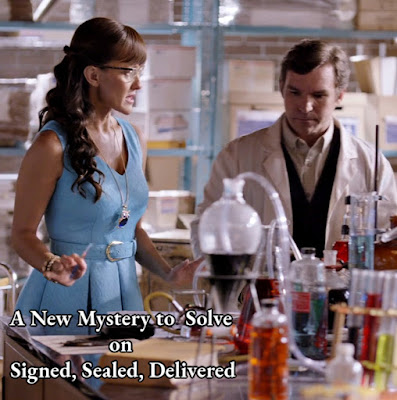 Rita Haywith is a really sweet lady who happens to have a photographic memory.  She has an uncanny ability to "look up" facts, names, and information via her own mind.  There are times when she seems too naive to believe, but she is so adorable you can't help but love her.  Her crush on Norman is obvious to everyone but him.

Last but by no means least, Norman Dorman is the consummate librarian and scientist.  He seems to be able to find the right book for any needed reference or information.  Norman possesses the "absent minded professor" personally that doesn't understand the normal, everyday conversations, social cues or nuances. Personally, I find his straight forward purity of words and actions refreshing.

This team of determined post office workers are later dubbed the Postables because of their commitment to maintain the confidentiality of the contents and sender, while playing detective in order to locate the proper recipient of a dead letter or package.

The Postables always go the extra mile to make sure a missive finally reaches it's destination, even when it is years after it was initially mailed.

The letters always provide something the recipient needs, like an explanation for past actions, a long awaited apology or resolution, a gift like a wedding gown, or they reunite friends and family who have lost touch.  Some of the stories are pretty sad because either the sender or the recipient have died.  But, they still serve a purpose for the remaining loved ones.

One particularly touching episode, "To Whom It May Concern", was about a young woman who wanted to find the soldier who not only taught her to read, but also saved her life by giving up his seat on the rescue helicopter.  The team had to go to great lengths to find the missing soldier.


It isn't absolutely necessary to watch the episodes or films in the order of their release date, but it will make the basic storyline more cohesive.  Because the plot and couple relationships develop over time, just like real life relationships, some things will make more sense if you know what happened in the past.

This is one series that I would recommend watching in chronological order. 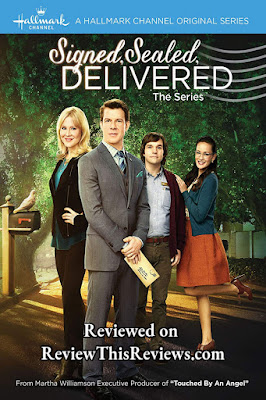 As you can see above, the DVD's are available to purchase on Amazon.  Or, you can subscribe to the Hallmark Channel via Amazon to watch them all. 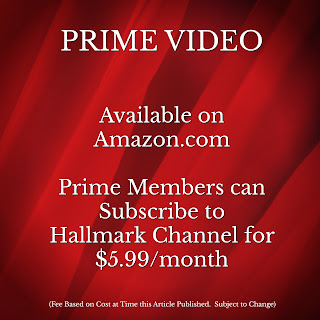