What happens when a cat does really run the house? If, in fact, the cat owns the house? Find out in this first book of the Dunbarton Mystery series that stars the orange cat named, of course, Marmalade.

Though the title of this book is not unique, the book is.

Lawyer Christopher Mallory narrates the story, which begins in his office in the fictional city of Dunbarton on the shores of Lake Huron, as he reads a will. The family of longtime widow Amanda Dunbar has gathered to see how rich they will become. All that remains of the family are son James, daughter-in-law Alice, and granddaughter Alicia.The one most concerned about the inheritance is Alice. She had pressured Mallory to read the will right after Amanda's burial.

The deceased, Amanda Dunbar, had been widowed for twenty-six years. Her husband had been a prominent citizen and financier, descended from the town's founder. Among other assets, he had owned a furniture factory. Robert Allen Dunbar had been very wealthy and had left everything to Amanda. When he died, he had meant for his sons James and Robert to take over the factory.

Robert was as talented as his father in handling finances and James loved creating the fine furniture. Then Robert died in an auto accident and James had to handle everything. He was not good at business and the factory was not in good financial shape. James was hoping his inheritance would help save it.

James had married Alice against the  wishes of his mother, who couldn't stand  her. Alice dominated him, but James still adored her. Their daughter Alicia had gone off to college as a strong independent woman and came home broken, a shadow of her former self. We later find this was because of unrequited love.

The family had lived with Amanda and her cat Marmalade for twenty-six years. When she became crippled and confined to a wheelchair, they had to help out with her care. From Alice's point of view, she had waited on Amanda hand and foot while Amanda made Alice's life miserable. There was definitely no love lost between the two. Alice also hated Marmalade. Alicia loved Marmalade, and Marmalade at least tolerated her.

Those are the major characters, all of whom will suddenly find their lives changing after the will is read.

The Plot (without spoilers)

The Reading of the Will

Amanda knew her family well. Christopher (henceforth called Chris) described Amanda this way as he remembered the day she called him to her home to witness her signing a new will she had written. He sized her up as "an autocratic lady with a shrewd expression and an underlying core of steel... a person not to be trifled with."  She had insisted her new will must be kept secret from everyone -- especially her family.

At the beginning of the book when Chris describes the family members entering his office, he recalls that James "seemed to fade into the wallpaper beside his more flamboyant spouse." He recalls that Alicia "drifted in behind her parents, gazed around with a disinterested air, and melted gracefully into a chair by the wall." Alice had "sailed into his office...with the assurance of the flagship of the fleet...about as warm as a Huron January....A gleam in her Ice Queen eyes...said she was about to get everything she had been waiting for." She showed no signs of grief. 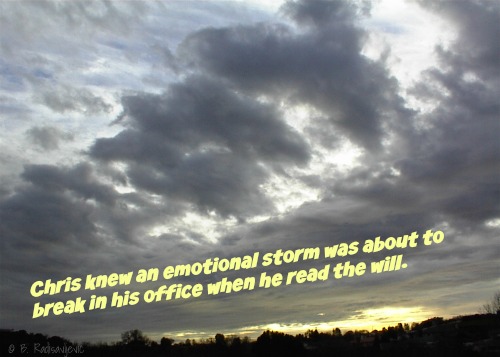 Chris knew an emotional storm was about to break in his office when he read the will. The old lady had made him executor and trustee and explained what his duties would be when she died. She had made her intentions very clear. He knew she was using the will to tell her family what she really thought of them. She admits in the will that living together had been uncomfortable for all of them.  She stated it was a wonder "That I have chosen to tolerate the chronic irritability of my daughter-in-law, the infuriating ineptitude of my son, and the vague placidity of my grand-daughter (sic)."

Chris proceeded to read the will. Here's what each got:

Alice had then turned purple with rage and exclaimed with fury: "That old witch!...She made our lives a living hell for almost thirty years and now this...outrage!....When I think of how I waited on her!"

At this point, Chris called his secretary to bring in the last beneficiary -- Marmalade, who immediately spat at Alice, scratched his way out of the secretary's arms, and proceeded to rub against Alicia's leg. She stroked his head. He seemed totally in command of the proceedings. And he actually was. After all, he, as Amanda's "only true friend," was inheriting the entire estate.

From the will: "since I know my family only too well, should anything happen to Marmalade that even suggests foul play" that anyone in the family had a part in, the estate will go to the Animal Protection Society. The will further stipulates that if Marmalade should die of natural causes, the estate would revert to Alicia "the only member of my family I have any use for."

Amanda appointed Chris as executor and Marmalade's trustee. The family would be allowed to continue to live in the house and care for Marmalade (who would have full run of the house) with all house expenses paid. Each person would get  a monthly allowance which Chris would determine. Chris would check on Marmalade at both scheduled and unscheduled times to make sure he was being cared for properly. If anyone mistreated him, they would lose their allowance and have to leave the house. Then Chris would hire a new caregiver and companion.

As you can imagine, the Dunbar household was very tense living with a cat who was the boss. Nowhere in the house was off limits for him. He seemed to delight in destroying things Alice valued. The last straw was reached when she was carrying a family heirloom tea service that had belonged to her grandmother to the table during one of Chris's visits. Marmalade tripped her, and the china broke spilling tea all over Alice's gown. She grabbed him, intent on doing him violence when Chris shouted a warning to remember the will. She told Chris to get the cat out of her sight for a while.

Before the death of Amanda, Marmalade had been a cat-about-town visiting his neighbors at night as he pleased. He had usually let himself in and out through the window in Amanda's room.

When Amanda died Chris took Marmalade to the vet to get a microchip inserted and obtain a DNA sample from him.  For obvious reasons the family and Chris were reluctant  to let him start roaming free again.  But the cat was getting into so much mischief indoors, they decided his confinement in the house might be a contributing factor. So they began to let him roam when he wanted to again. That seemed to help calm things down in the household.

Once the information got out to the public that Marmalade was rich, he was in danger. Although he was pretty good at defending himself, he finally was abducted. This put the family into a panic, since family members were the first suspects. And if Marmalade wasn't found safe and sound, they would lose their home and their allowances. Chris did not believe they were guilty, and he and Alicia began to search for him with help from some of their friends. You will have to read the book to see what happens to Marmalade and all of them.

My Review and Recommendation

I loved this book! It's not just about solving a mystery. It's about how people can change when they are motivated. Amanda's strange will was intended to help her son become all he could be by motivating him to take leadership. Amanda also hoped it would help Alicia regain her spirit and independence. And Alice? I don't know if Amanda had any hope that she would ever be good for James. But even she changed for the better by the end of the book.

I laughed all the way through this book as the characters interacted with each other and the cat. I enjoyed watching the romance begin to develop between Chris and Alicia. Although the book is a mystery, I felt the development of the characters was the heart of the book. And, of course, Marmalade behaved as you might expect a pampered cat to behave. He seemed to know he was in control and flaunted it.

I would recommend this book to anyone who loves cats or mysteries and likes to laugh. I was glad I was able to discern who kidnapped Marmalade by using the author's clues. This was just the book I needed to read when I didn't feel up to working and wanted to completely relax. I think you will find it a fun, relaxing read, as well. Why not get it now? 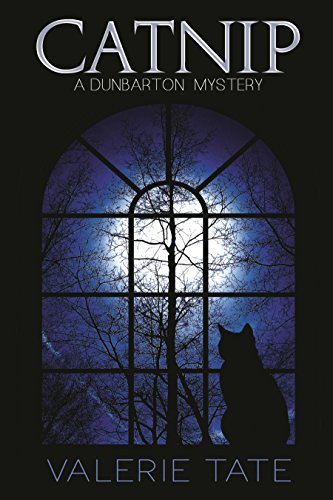