Do You Know this Man's Name? 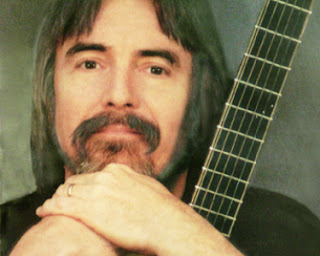 Music has been a driving force in my life for as long as I can remember.  Over the years, many singers and their songs have touched my heart and they have left an indelible mark.  But, there are a few who have touched my soul.  Their lyrics have spoken to the very deepest part of my being.

One such writer who has the ability to write a song with such simplicity, but with great depth, is Don Francisco.  I first heard him sing in the 70's, but his music and songs still play in my head.  I raised my children singing his "Lullaby" to them at bedtime.  There have been times when my faith was bolstered by recalling the lessons his lyrics teach.  Then there were other times when I was able to remember a bible story because I remembered his song.

While he may not have received tremendous accolades on this earth, his voice or style may not appeal to everyone, and his name may not be a household word, there is no question he will receive rewards in heaven.  His voice is pleasing to God and the only One who matters in the end knows his name.

If you have never heard of him, let me introduce you.  If you already know who he is, enjoy the memories by listening to his music below.

I have included 7 different music videos in this article.  You may not have time to listen to all of them right now, so be sure to bookmark this article and return to listen to them one at a time, when you have time.

Oh, I should tell you, he writes all of his own music.


This is the lullaby I referred to earlier in the introduction.

Even as an adult, I appreciate the reminder that Christ is right here with me while I sleep.  I love the line "With the peace that Jesus brings."   It is only with these assurances that I find rest myself.


This is the song that first draw my attention to Don Francisco.  He opened a concert for the Gaithers once when I was in attendance and this song received a standing ovation.  Honestly, I think he stole the show.

It is a song that describes the events that followed the crucifixion of Christ.  It is told from the stand point of the disciple, Peter.   So many of us can identify with Peter.


Why I Admire Don Francisco


There are several reasons, aside from writing wonderful lyrics, that I admire Don Francisco.

He has a very unassuming presence when he sings.  Usually it is only Don and his guitar sitting on a stool center stage.  No major production, no fancy costumes, no theatrical presentation, just a jean clad regular guy praising God.

His wife, Wendy, often accompanies him.  Not just in person, but also on the guitar.  He doesn't look to the crowd for reassurance or praise for himself.  As a matter of fact, I don't know if he even looks at the crowd but he still somehow connects with them.

One of my Favorites ~ "I Don't Care Where You've Been Sleeping"


This song is now one of my favorites.  I remember my first thoughts about this song vividly, I thought it was shocking.

My favorite bible verses can be found in Psalms 139.  Frankly, I love the whole chapter, but there is one verse that says "If I make my bed in Sheol, behold, Thou art there."

Once I made the association between the scripture and the song, I readily embraced the lyrics.

Oh, so many people need to hear this message:  "There's no sin you could imagine that is stronger than My love"

You catch a real glimpse of Don Francisco's wit in this song.  The deliverance of the song and story is lighthearted, fun and humorous, but scripturally accurate.   What I love most about this bible story is that God used an animal to deliver His message.

The Storyteller ~ Adam Where Are You?


In this song Don Francisco shows his remarkable ability to "string a phrase" and tell a story.

This is one of those songs that tell the story so well that in my mind I can just envision the scenes unfolding and my heart breaks for God and Adam.

I also know He continues to call out to all of us.


Too Small A Price by Don Francisco


If you don't have the time to listen to any or all of the others songs featured here now, at least Listen to this one!

This song is written from the perspective of the thief on the cross next to Christ.

There are several messages in this song.  I suspect which one speaks to you will depend on where you are in life.  Over the last 40 years of listening to this song, I can tell you from experience, perspective matters.  The message I heard when I was a teenager was different than the one I hear today due to the verse and lyrics that capture my focus.

Don Francisco has a number of albums that he has recorded. These are the albums that include the songs featured in this article.

Reviewing Music by Don Francisco was Written by: