Some of you may remember The Heidi Bowl very well, and many others may have never heard of it or are just too young to know. If you are one of the others and don’t know what I’m talking about, let me explain.

We followed Joe Namath as he played high school football only 15 miles from where I grew up. I remember this game very well, as I was watching this game with my father and uncles.

The NBC executives had originally ordered the television movie Heidi to air at 7:00 PM.

Because of the high-scoring game and excessive injuries and penalties, the game ran late and ended at 7:07 pm. When the fourth quarter started at 6:20 pm the NBC executives knew it was not going to end on time.

They decided to keep the game on until the end. They began to call the network technicians to communicate their decision but could not get through.

As the time got closer to 7:00 pm. sports fans began calling the network to see if the game was going to remain on.

This overloaded the network's lines causing the lines to go down, thus the NBC executives could not communicate their decision. So, at 7:00 pm the game was cut off on the East Coast for the movie Heidi.

This caused viewers and sports fans on the East Coast to miss one of the most dramatic endings in football history. The Oakland Raiders scored two touchdowns in the final minute of the game to win 43 to 32. I can still remember when they flashed the final score at the bottom of the screen during Heidi. My dad and uncles were furious.

The game will forever be known as the Heidi Bowl and prompted the NFL and the networks to agree upon airing all games in their entirety. Now you know why your regular programs are delayed on Sunday if a game runs over.

I hope you enjoyed this bit of sports history. 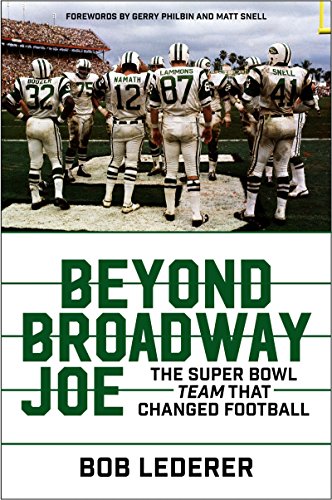 Beyond Broadway Joe: The Super Bowl TEAM That Changed Football