Before She Disappeared by Lisa Gardner – A Book Review 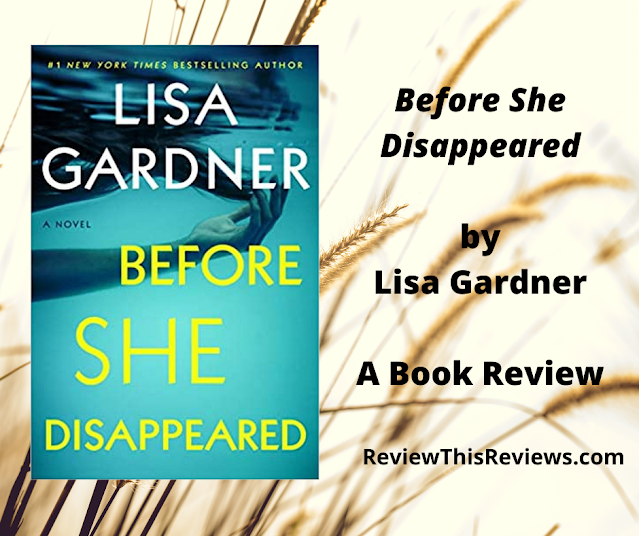 Before She Disappeared introduces us to Frankie Elkin, an ordinary woman and recovering alcoholic who has more regrets than belongings, more sad stories than happy ones. To cope with them, she has devoted her life to finding missing people the rest of the world has given up on. This seems too often to happen to minorities.

When the police have given up, when the public no longer remembers, when the media has never bothered to care, Frankie starts looking. For no money, no recognition, and most of the time, no help. Why does she do it?


Maybe the question shouldn't be why am I doing this, but why isn't everyone looking?

Frankie gets her new cases from online research; from national chat rooms where family members and concerned neighbors compare notes on various missing persons cases. There are too many such cases for local resources to handle, so Frankie, and others like her, step into the vacuum.


Frankie's new case, the basis of this story, brings her to Mattapan, a Boston neighborhood with a rough reputation.  She is searching for Angelique Badeau, a Haitian teenager who vanished from her high school months earlier and has never been found. The Boston PD did search for Angel for awhile, but is just about convinced that she is basically a runaway who doesn't want to be found.  Angel's family believes differently.

As Frankie begins to ask questions, she discovers that someone doesn't want them answered. As she takes risks to discover the truth, Frankie might become the next person to go missing.

Lisa Gardner has written 23 suspense novels to date, including this one just published in 2021. Her novels are well written and enjoyable to read.

Book Review of "Before She Disappeared" written by