The Widow and the Highlander Book Review 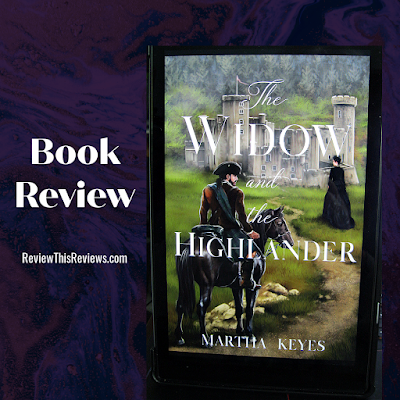 You know you have found a wonderful series of books when you hate the idea of starting a different book by another author. Unfortunately for me, the second book in Tales from the Highlands has not yet been released.

It is doubtful the I will forget the MacKinnon clan and I have added the The Enemy and Miss Innes (Tales from the Highlands Book 2) to my wishlist so I will know as soon as it is released. I am certain, no matter what else I have started reading, I will move back to this series to continue reading about Catherine and her sister, Elizabeth.

I highly recommend this historical fiction and I am certain I will enjoy the entire series once it is published.

The Widow and the Highlander Synopsis
Historical Fiction - Scotland 1762

The Widow and the Highlander
(Tales from the Highlands Book 1)Check Price Christina isn't certain what to do next!  She is actually relieved, perhaps even happy, to be a new widow.  After her abusive husband, Gordon, dies due to illness, she finds she can breathe again. That is, until his cousin, Angus MacKinnon, "suggests" she marry him.  Angus and several of his family members had taken up residence at Dunverlockie after the funeral, and don't plan to leave.


Because Christina's father invested deeply in Dunverlockie, he made MacKinnon sign a will that would legally transfer ownership of the estate to Christina if Gordon died before a child was born, Christina now solely owns Dunverlockie.  That does not bode well with the MacKinnon clan and they are determined to regain control of the estate one way or another.

The MacKinnons had originally established ownership of Dunverlockie after Gordons' father betrayed a friend, then set back and watched him executed for treason.  MacKinnon's reward for turning him in as a traitor to the crown, was Dunverlockie.

Christina was not married to Gordon at the time of the execution.  In fact, she would have been a child.  Therefore, she did not know the family that had been removed from the home.  What she did know, was that the MacKinnons were a vicious clan and she didn't wish to remain a part of their family.  However, she had her own siblings to consider and she needed the income Dunverlocke provided.  When she suspected she was being poisoned, she knew she had to do something whether she wanted to or not. After all, aside from her own sister, she didn't know who was an ally and who was an enemy inside or outside of the castle.

The Widow and the Highlander Book Review by: