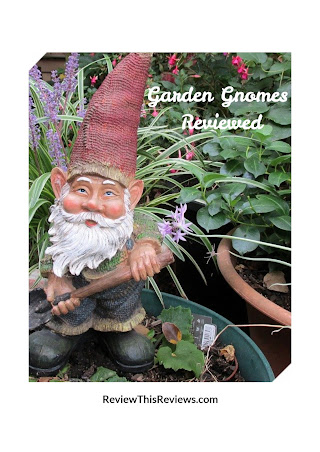 Definition of a Gnome: a legendary dwarfish creature supposed to guard the earth's treasures underground.

Gnomes originally were thought to provide protection of buried treasure and minerals in the ground and were often placed at the entrance to mines.  Today they are used to watch over crops and livestock by placing them in the rafters of a barn or in the garden.

Gnomes are also known as symbols of good luck.

History and Mythology of Gnomes

From the Latin word genomus, which means 'earth dweller' gnomes are mythological creatures and diminutive spirits in Renaissance magic and alchemy, They were first introduced by Paracelsus in the 16th century

Gnomes live underground and legend states that they can easily move through the earth. Gnomes are always described as being small and wearing conical hats. Myths claim that gnomes are sensitive to sunlight and some legends remark that the light of the Sun will turn a gnome into stone.

In the book Gnomes, illustrated by Rien Poortyliet and researched by Wil Juygen, gnomes are thought to be seven times stronger than humans and live to be around four hundred years old.

Gnomes are described as being 'short of stature', which, being a pint-sized person myself, is probably why I like them. :)  Perhaps there is a correlation between protecting the earth's treasures and being short!

For years, the gnome lost it's appeal, but Social Media and the sharing of photos on the web brought back their popularity. Today, people love to share pictures of gnomes visiting places around the world. The gnome is becoming a pop culture giant as the key figure in the sport of “gnome-spotting”. There is even a movie – the 2001 “Amelie”, and major advertising campaigns for Travelocity and Ace Hardware.

Where to Find Gnomes

Gnomes are available in many places, including Amazon and many garden centers, and come in a wide variety of styles and poses.  Holiday gnomes and whimsical poses are increasing in popularity.  Gnomes are favorites for backyard gardens and increasingly for Fairy Gardens.

Many Etsy sellers have created gnomes in various mediums for your gardens and for miniature Fairy gardens. Gnomes are also popular on Garden Flags and as Yard Art. And, decorated in many styles and colors, gnomes are also becoming the 'in' thing for kitchen décor.

This is a vintage resin outdoor garden gnome created by Joshua in a family-run business in Kettering, England.  This cute and colorful fairy garden gnome will spice up your garden.  Check it out in their Etsy Store called Darthomeltd.

Adorable spring yard gnomes!  Made of 14 gauge steel.
Gnomes measure a total of 30 inches tall. The spikes that allow the gnomes to stand are 6 inches long which allow for 24 inches above ground level.
Created by Cody of Texas  for the Gillis Metal Works on Etsy. (Handmade metal art created by the owner himself!)
Gnomes can also be adorable indoor decor, as seen by this darling lemon gnome.  This Lemon gnome will be the decoration of your kitchen or a great addition to your spring and summer decor. Lemon gnome measures 11.8 inches high. Adorable addition to your kitchen decor.
Lemon gnome is handmade by Marina for her Etsy Store called the Magic Sewing Store.
Related Links: