Deepening Your Faith with "The Chosen" A Movie Series Review

There are very few things on Television that excite me!

The Fact of the matter is that I gave up watching Television for almost 5 years.  I was disappointed in most shows and felt that most of what I was watching was not making my life better, but rather causing me a lot of distress.
So just as we can be masters of our own worlds, television became something that was watched only on limited occasions and most often for a good Hallmark movie (many that our own Sylvestermouse Cynthia has reviewed) or some special that just could not be missed.
My other half would watch sports hockey and basketball and of course the Olympics when they were being televised.  I spent most of my time either reading or writing.  Making and learning how to do things that I never tried before.
I was happier for a long time with this new reality.  People would ask me if I had heard about certain things that were happening in the world and I was totally and blissfully unaware of the many hurtful things going on around me.  I was living with blinders on and I was able to sleep peacefully at night.
Now I have found a reason to put the TV back on.  It's not for "regular" television shows, but rather for an amazing series that really speaks to me! 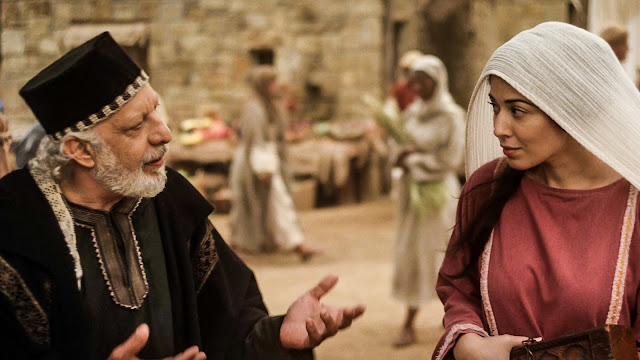 We are a Christian Family and I don't make any apologies for that.  What I will say is that while I feel I know my faith, there is always some way to make it deeper and more meaningful on a daily basis.
Last year, during a time when my husband was busy looking for ways to help our Bible study group delve into Scriptures more fully, we came across an advertisement for a new Series on the Life of Jesus.  It sounded interesting and we made it a point of watching it. 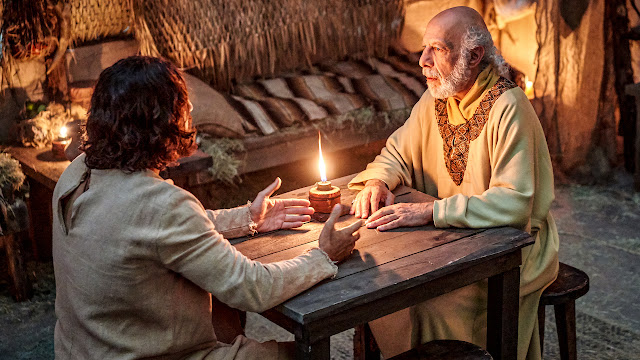 Now this is not regular Television in the sense that you can turn on the channel and see this series.  You need an "app" or you can watch it on You Tube as well.  Here is the link for the first two episodes on You Tube! If you would like to watch through the "APP" you can find it right here for Apple and right here for Android.  If you have a "Smart TV, you can watch these episodes through your TV, otherwise you may have to watch on an iPad or Android tablet.
For anyone who is interested in having the Scriptures come alive, this series is one that you will truly enjoy.  The sets, costumes and the characters come alive in a way that reading scriptures cannot quite make happen.  Scriptures, while they are the backbone of the Christian faith, can be very dry and lacking in details.  The Chosen has made much of what we read in the Scriptures come alive. 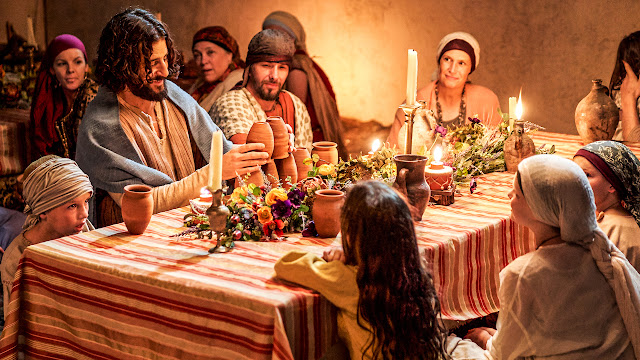 The Series must be watched from the beginning, as each subsequent installment builds on the previous one.  The Chosen has just started the Second Series and it promises to be just as wonderful as the First. 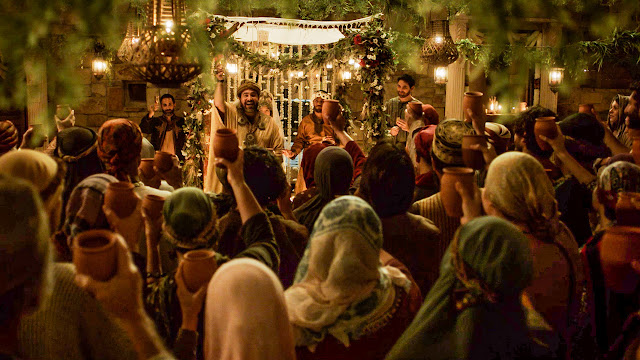 Director and Creator of the Series Dallas Jenkins has made this series his very own way to deepen his faith life and shares it with anyone who wants to do likewise.  The "App" is free and watching is free too (see the links above).
The only downside to this Series, is that because it has been made free for anyone to watch, there are a certain number of "ads" done by the director in order to find the funding for this project.  It's a small downside, because if you feel as I do that this is worth your time to watch, you won't mind listening to a little bit of fundraising to make these episodes available to everyone.  After all sharing our faith belief is what we are called to do.
I chose to Review this series because I have watched it several times and I am always drawn right into the story again.  I see something new each time I watch and it never gets old.  I love that the series highlights the "women" of the Bible .  Sometimes they are glossed over when you set to only read the words.
This Series is for all Christians without exception. It is even for those who are not Christian but would like to understand what Christianity is about.   Dallas Jenkins has on his team of writers many Biblical Scholars and Jewish Scholars as well.  The story has to be correct and possible.  It brings the humanity of the times to life and the way life was in those Biblical times.  It really makes the Bible come alive!
If you want to own the series for your family, to watch whenever you want, it is available in a two disc set and then you don't have any Advertisements to deal with!  The Chosen is one movie that will stand the test of time!
Please take the time to check it out for yourselves and let me know if you enjoyed it or not.
***All the pictures used here are from The Chosen Media page.