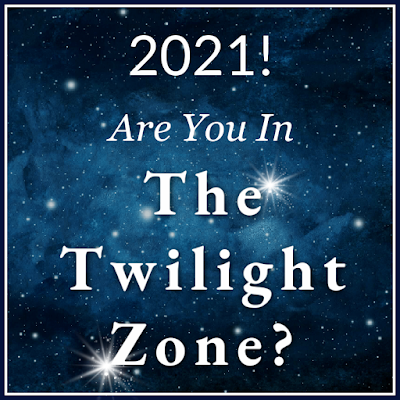 In reviewing how you can see the marathon, I'll tell you that CBS usually airs the Twilight Zone marathon starting on New Year's Eve and lasting until the early morning hours of Jan 2.  But, you can now set your own schedule thanks to Netflix & Hulu.

Hulu has all 5 seasons available and Netflix is currently offering seasons 1-3 & 5.

What better way to start 2021 than with the voice of Rod Sterling!

The Twilight Zone - Season 1
(The Definitive Edition)Check PriceDo you know what happened on January 1, 1960?

To be honest, I wasn't there, but I know what history tells us. On January 1, 1960, the 13th episode of the 1st season of the Twilight Zone aired.  That episode is entitled "The Four of Us Are Dying".

It is about a con man who can change his face to look like whomever he chooses by simply concentrating.  36 year old Arch Hammer doesn't always pick the best people to impersonate, but he always has an angle or reason for his selections.  Some schemes require a lot of money though and getting that can be very "expensive" as well as dangerous when you don't know the life story of the person you choose to impersonate.

You can watch that episode this New Year's by visiting Netflix or Hulu.  If you don't mind waiting and you would rather own the entire first season, you can do the same thing we have done in my household.  You can buy the full season, all 36 episodes, on DVD.

The January 1, 1960 episode is a thought provoking episode for anyone who thinks they would rather be someone else.  However, that is not my personal favorite episode, or the one that reflects my greatest desire or fear.

I admit, it is hard to choose a favorite episode out of all of the Twilight Zone shows.  There is one that haunts me though, so I think it must demonstrate some fear or concern in my own "twilight zone".  It is "Time Enough At Last".  If you know the title, it must haunt you too.  If not, you will find it in season 1, episode 8.

Now tell me.  What is your favorite or most memorable Twilight Zone episode?