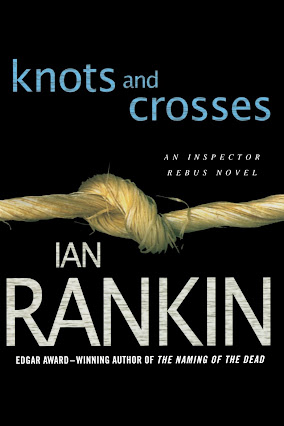 In 2019, I was introduced to Ian Rankin via Carleton University’s Learning in Retirement program, Classics of Detective Fiction: From the 1960s to Today. I really enjoyed Rankin's Black and Blue, which was the book we read but only recently returned to start at the beginning of the series and read Knots and Crosses.

When Rankin wrote Knots and Crosses in 1987 he thought he had written a standalone crime detective novel and had even planned on killing Detective Rebus at the end of the book. Success for Rankin and Rebus was not fast in coming. After publishing Knots and Crosses to little fan fare, Rankin put Rebus aside and moved on to write his next book with no idea that he would eventually return to Rebus' world and that he would still be writing books for the series in 2020 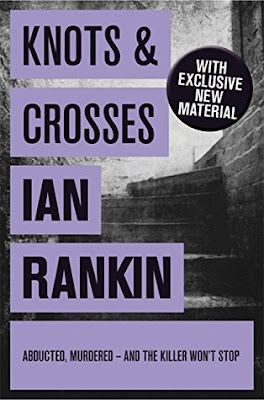 Anyway, I read Knots and Crosses. I really enjoyed it. I recommend it. Need I say more? Well, yes, I suppose I should because you may not have read anything by Ian Rankin and you may not have seen my earlier review of the eighth book in the series, Black and Blue.

I wrote about the number of covers that the eighth book has had and you won't be surprised to hear that this book also has had many covers. I had to work a bit to find a picture of the original cover, which I believe the image at the bottom of this page to be since Rankin describes the original cover as having knots and crosses on it and this is the only one that fits that description.

Knots and Crosses is a classic detective story with a strong plotline. It was written in 1987 and based firmly in the Scotland of the time. It is considered British Realism Noir or Tartan Noir as it was written by Scottish writers and is set in Scotland. The Scottish story has style elements from other American and European crime writers of the same time period.
Detective Rebus is a former Special Air Service (SAS) officer now doing police work and coping with a difficult past in a very destructive manner. Typical to noir, he is a working class main character who doesn't have ordinary heroic qualities like idealism, courage and morality. He's a drinker and a smoker and does not have many friends nor successful relationships. He is not above stretching the law in an effort to solve the case he is working on, which is also common in gritty, noir detective novels. 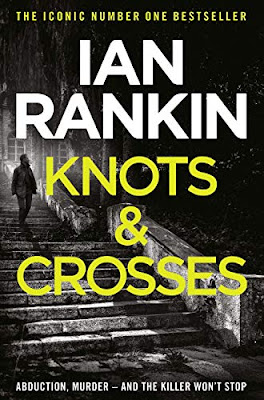 Because Knots and Crosses is the first book in the series, we are given the back story of Detective Rebus while he attempts to solve the nasty case of a serial murderer who is killing young girls and advertising that fact to the police.

"Most of Knots and Crosses is claustrophobically situated inside his mind – and it’s a lonely, uncomfortable place. His asperity, his broken marriage, his drinking, his cold flat, his falling asleep in chairs because he can’t quite drag his tired hide into bed … Perhaps you could argue that these too are the stuff of cop cliché. But they feel real here. He feels like a character with weight. Rankin...nails the essentials."  I agree with The Guardian, Rebus seems perfectly developed in this story.
Another review on The Guardian says, "It is not always easy to read because of the context, but it grips you so hard that it feels compulsory to read on..."  Yes, this book has some uncomfortable moments but it will have you wanting to know who did it and you will read on. 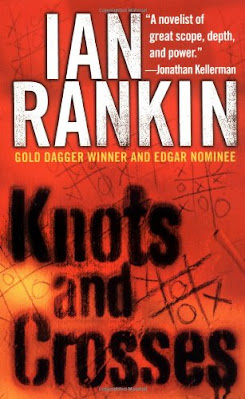 Finally, in the year that this book was written, Kirkus said, "Solidly drawn characters, keen psychological insights and an intriguing, well-knit plot—along with a rather florid but individual writing style—make Rankin a newcomer to watch." More than twenty successful novels later, I say they were right with that prediction.
Knots and Crosses comes HIGHLY RECOMMENDED by me.

If you enjoy a well-written detective novel, I believe that you will enjoy this one. It is a crime fiction classic now and it is immensely readable. It does have violence, sex, drugs and murder but nevertheless I enjoyed the story, getting to know Detective Rebus a bit better in the process. For armchair travelers, it is also a look at the nice and the not-so-nice underbelly of Scotland's Edinburgh.
On Amazon, you will find Knots and Crosses by clicking here and all of Ian Rankin’s Inspector Rebus novels by clicking right here.
See you at
the book store!
Brenda
Treasures By Brenda
Quick Links:
Buy Knots and Crosses on Amazon.
Read my review of Rankin's Black and Blue.
The Dogs of Riga, a Scandinavian Noir novel. 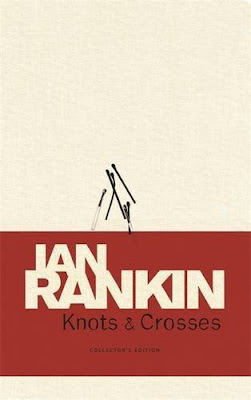 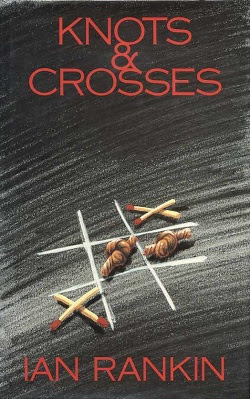