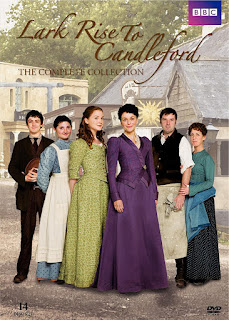 Take a trip into 19th century Oxfordshire, England as its' residents battle the economics, challenges, changes and the rural landscape in this pivotal time in rural England.The Lark Rise to Candleford series is based on the semi-autobiographical novels by Flora Thompson and reminds us how difficult daily life can be in that era, but as always the human spirit prevails through challenges, heartbreaks and triumphs.

This series is uplifting, realistic, charming, entertaining, visually stunning. You will care about the characters and rejoice with their successes and tear with the heartbreaks. Some of the best shows on television have been momentarily forgotten and archived. This television series deserves a search through the television archives with the reward of an endearing series families can watch together and thoroughly enjoy.


Fans Of The BBC

If you are a fan of the BBC (British Broadcasting Company) historical drama then Lark Rise to Candleford is for you. This is a character driven series in which the characters are fully developed along with the depiction of Oxfordshire and its' surrounding communities.

Long before Downton Abbey captured a new generation of BBC fans the BBC has offered quality television dramas along with the classic Masterpiece Series. It is definitely worth a look through the archives of  BBC series and you will find many hidden treasures perfect to stream or purchase for todays' binge viewers.

Many fans of the Lark Rise to Candleford television series found themselves so enthralled they were propelled to seek out the original book by Flora Thompson. Lark Rise To Candleford is a trilogy published in 1945 comprised of the books: "Lark Rise", "Over To Candleford" and "Candleford Green."

The trilogy offers 556 pages of richly described landscape, English villages and countryside. The book is a wonderful way to envelope yourself into the 19th century English countryside which is so integral to the television series.

I highly recommend the Lark Rise To Candleford: Complete Collection and here are a few of my BBC hidden treasures perfect to curl up on the couch and enjoy!