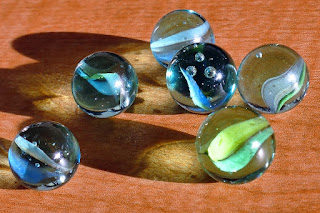 It doesn't matter whether Easter falls in March or April, typically at least most of the month of March falls in to the time of Lent. Did you know that a traditional game played during the Lenten Season is marbles? I honestly did not know this myself but I think it is really kind of cool.

I know I have fond memories of shooting marbles when I was a young girl! I don't know that children play marbles much anymore but what a fun tradition to start in young families. Of course they don't have to just play marbles during Lent but it is a nice time to start teaching them how to play.

First, a little history of the game. Marbles has been played for hundreds, perhaps thousands, of years. It is believed that in the beginning eggs, round stones and even cherry pits were used before the marbles of glass came along. During Lent, children and grown-ups alike played this fun game up until the clock stroked 12 noon on Good Friday. Did you know that another name for Good Friday is Marble Day? I didn't know that, either. 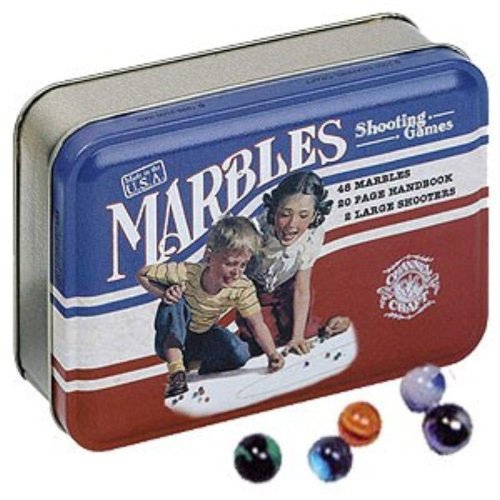 Marbles is not a complicated game and most kids pick up the rules with one explanation. The fun thing is that it can be played inside or outside and all year long. We usually played outside and we made our ring in the dirt. How about you? Did you play marbles as a child?

In case you have forgotten the rules, here is a fun video to remind you of how easy it is to play.

Did that bring it all back to you? It did me! Oh the hours we spent trying to get each other's marbles. We kind of rotated in our rules. Sometimes, we played "keepsies" and sometimes we gave back the marbles when the game was over. The disagreements usually started if we were doing give-backs because someone invariably tried to claim a marble as having been his or hers. We came up with a clever way to decide...we had a "shoot-off" for the marble or marbles in question.

You know not all marbles look alike and many times we had marbles that were different from the others. Maybe it was a special color of "cat's eye" or an unusual color of swirl. I remember one boy in the neighborhood had a couple of neat corkscrews and one kid was lucky enough to have some "aggies" which were made from agate. Those marbles never came into dispute as to who the original owner was but the more common ones sometimes did. When we played "keepsies", sometimes I would win an exceptionally pretty marble and I would keep those aside and not enter them into the next game because I didn't want to lose them. Maybe that was the beginning of me collecting things! I know I had quite a stash of marbles by the time I stopped playing. Funny, I don't remember what happened to those marbles. I probably gave them to some little kid at some point.

Perhaps this month, during Lent, you could introduce the game of marbles to your children or grandchildren! A fun, inexpensive game that can offer hours of fun and enjoyment.