A few years ago, a gift to ourselves was the Bose Acoustic Noise Cancelling Headphones. There are other brands out there, but after doing our research we were sold on these made by Bose.

Many people are interested in using noise cancelling headphones to reduce unwanted and distracting noise when listening to music and other audio performances. We wanted that too, but for a slightly different reason. Since reaching 'grandparent age' we discovered that the unwanted noise around us was more than just a distraction to the music we were listening to. We actually were having trouble "hearing" the music. Older 'ears' just couldn't hear as well!

For whatever reason you might choose a noise cancelling headphone set, we think you would be very pleased with the innovative combination of the best noise reduction technology and the best headphone audio performance of the QuietComfort Acoustic Noise Cancelling headphones by Bose

There is a headphone style to suit everyone!


We chose the Bose headphones that fully cover your ears as it eliminates almost all extraneous noise. But many styles are available to suit any activity. A smaller and lighter version is great for airline travel for working on a laptop computer or listening to music during flight. There are 'around-the-ear' headphones like ours, in-ear headphones and the on-ear style.


Singing Along to the Music... While Listening to our Bose Headphones 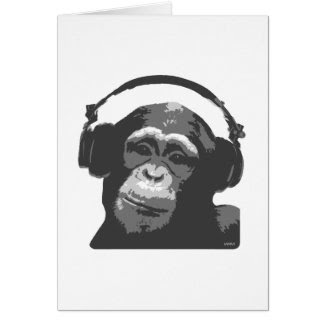 My husband, Bob liked to lie down on the couch with his headphones on, while listening to his favorite music. Often he would 'sing along', and have his eyes closed. The Bose headphones shut out extraneous noises so well, he couldn't hear me call him. I'd have to touch him on the shoulder to get his attention.

I'm introducing hubby with this image of a Monkey DJ because he was a broadcaster during his working career, beginning with DJ work at radio stations.

The monkey image is from his long-time joke when asked what he wanted for our first expected child - a boy or a girl - and his answer was ~ 'a chimpanzee!' :-)


When we ordered our Bose headphones, we also ordered the Bose Model PM-1 Portable Compact Disc Player. Bose headphones will plug into a number of audio devices, but since we did not have a portable CD player at the time, we decided to get this one from Bose, along with the headphones. It is a nice set and has given us many hours of listening pleasure.


Listening to our Music... 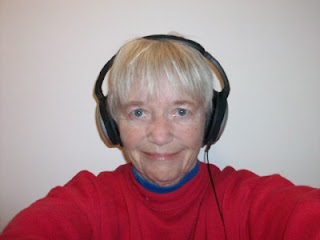 Among the many vintage LPs, music tapes and CDs we own, a large percentage are of folk artists from the era of our college days ~ yep, the late 50s to mid 60s!  The music CD here "The Golden Age of American Popular Music - The Folk Hits" has selections covering our most favorite era, the top folk songs from 1958 to 1966.  On this CD are many of our favorite artists of that time, along with the songs that were highly popular, reaching Billboard's Hot 100 list.  The list contains songs such as If I Had A Hammer by Peter, Paul & Mary, Tom Dooley by The Kingston Trio (our all-time favorite folk group), Michael (Row the Boat Ashore) by the Highwaymen, and OUR SONG (Greenfields by The Brothers Four). We know every word to every song!

The Doobie Brothers - Listen to the Music

My favorite music is 1960s Folk Music.  What's your favorite music? Listen to it with ease and high quality sound with a Bose headphone.

The Sound Quality of the Bose Acoustic Noise Cancelling Headphones is.... Out of this World! 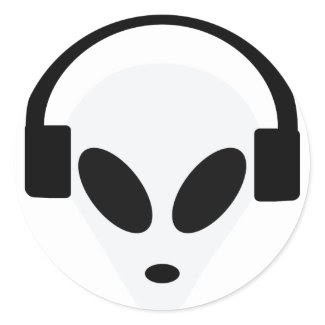 dj headphone alien area 51 classic round sticker by Tomaniac
Get the best in sticker printing at zazzle.