Rescued by a Brix Jar Key: A Review 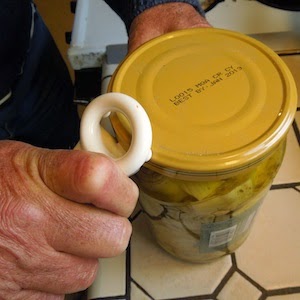 I am 72 and have arthritis in my hands. I shop at Costco a lot and often buy large jars with vacuum lids. Large jars that are four inches in diameter are almost impossible to open. I have tried numerous other kinds of jar openers. I had one I thought was very good, but it broke when I tried to open my large jar of artichokes. I purchased Jar Key (also known as JarPop!) because I had jars I simply could not open. The photo shows my husband using it.

All of the openers I had tried before had handles with a gripper of some sort on the end. One would have to try to get the gripper around the jar lid and then tighten the handles (or handle) with one hand while holding the jar steady with the other. Usually either the gripper would not go all the way around or, if it did, my hand couldn't hold the jar firmly in place because of its size. My hand wouldn't go all the way around it. My husband couldn't open the jars, either. These gripper gadgets will work only when a jar and its lid is small or if the lid is threaded. They don't work on large vacuum sealed jars.

So, there I was with a few large jars I couldn't open. I wanted to get at the artichokes or spaghetti sauce. What to do? 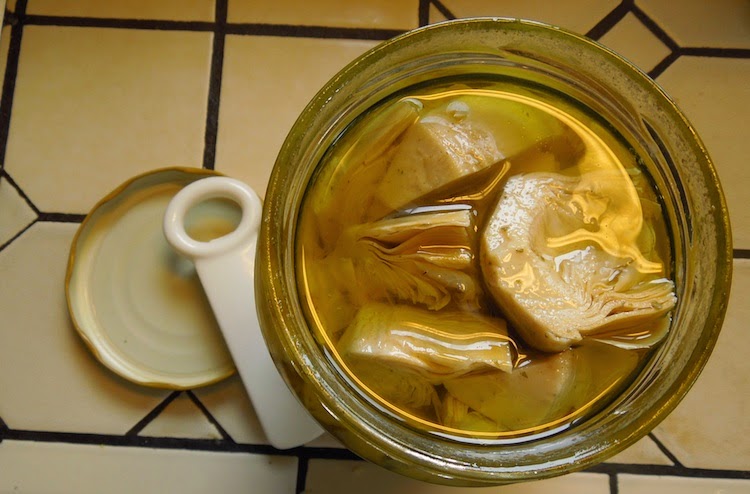 I checked Amazon in search of a jar opening gadget that was not in my local stores. I found the Jar Key. I ordered it and another tool that looked promising -- just in case. So far I've not had to use the other tool. I removed my Jar Key from its packaging, and got out my artichoke jar. I put the Jar Key edge under the edge of the jar lid and lifted it up, as my husband demonstrated above. It works like a "church key" in that respect. As soon as I lifted, it "popped" the vacuum of the lid and the lid easily came off. It truly was like magic. I'm going to buy another one for another location soon. I don't ever want to be without this handy tool again. If you don't have one yet, it's time to get one -- especially if you have a tough time opening these jars. While you're at it, get the four-pack. The tab that goes under the lid broke after a few years of use, so it's good to have a replacement handy. 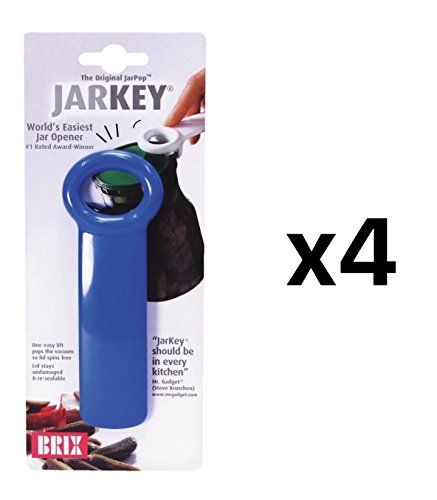 Photos of Jar Key in use were taken by me and may not be used without permission.