You might think that it is a little on the odd side to do a book review of a book that was published almost 4 years ago, but hang in there with me because it might make some sense as to why I chose this book by Stephen King to tell you about today. It was the very first book by Stephen King that I have ever read and even though it was almost four years ago, the story has stayed with me. 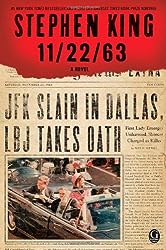 Not All Books By Stephen King Are In The Horror Genre

I know how very popular the author Stephen King is with people all over the world, I now know why after having read one of his books that would fall into the historical fantasy genre instead of the horror genre that he is so well known for. Honestly, I had avoided reading any of his work because I am not a big fan of scary books. So, when I saw that he was releasing this novel in November of 2011, I decided that I would really be interested in it. After all, I remember quite vividly that day in history when our beloved President was shot in Dallas, Texas.


King Had Me On The First Page 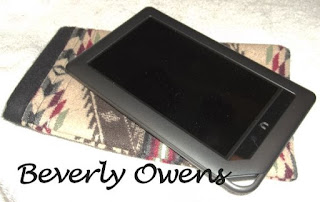 As soon as the book was available to the public, I downloaded it to my Nook. Before I was finished with the first page, I was captivated by the very way Stephen King puts words together to tell a story. I remarked to my husband that just in the first page, I was impressed with King as a storyteller. If you have not read anything by him, you should! He is that freaking awesome! I'll probably never be brave enough to read on of his actual horror stories because he will scare the bee-geezus out of me!

What is the book about?

One might think that it would be an account of the assassination of JFK and you would be partially correct. It is so much more than that! Stephen King does chronicle the weeks of the events leading up to that fateful day in our history but not in a way that you might presume. He begins the story with a High School English teacher who supplements his income teaching GED classes for adults. King then takes us on a journey of time travel like you wouldn't fathom in your wildest dreams. All the while, adding pieces of historical facts and assumptions that pull everything together. I'm not going to go much further than that because you can read a synopsis of the book just about anywhere.

Instead, I'm going to tell you just how much I enjoyed reading it, all 880 pages of it! Stephen King has a penchant for writing tomes (lots of pages) but he is so good at his craft that you don't mind that the books are so long because of the way he tells his story with such detail. I found that I couldn't put the book down and then was sad when I read the last page.

Granted, I love to read fantasy books and I've always enjoyed historical fiction but 11/22/63 is one of the very best books that I have ever read in my almost 60 years of reading books. 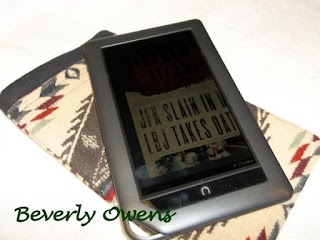 The wonderful thing about waiting until a few years after a book has been published is that it is now available in so many different formats. It can be downloaded on your e-reader of choice, it can be purchased as a hardcover or paperback and more times than not, it is much cheaper now than when it was hot off of the press.

If you have never read Mr. King for the same reasons that I had avoided him, I do believe that you will really enjoy 11/22/63. Just like the old saying goes, "Don't judge a book by it's cover" well, sometimes we shouldn't judge an author by his most famous genre. If I had not taken a chance on this book, I would have never known what a tremendous storyteller Stephen King is. I, also, am thrilled to find out that there are other books of his that I can read that are not tales of horror. I plan to tell you about those in the future.