A Trilogy by Heather Graham, the author of the Krewe of Hunters series and the Harrison Investigations series. 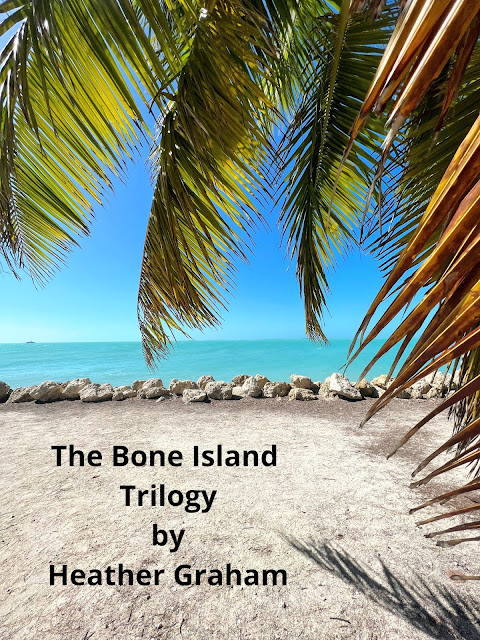 This trilogy takes place primarily in Key West. The name Bone Island comes from the first explorers who visited the island around the beginning of 1600. They found the bones of deceased native tribes and called it the 'Island of Bones' or Cayo Hueso. 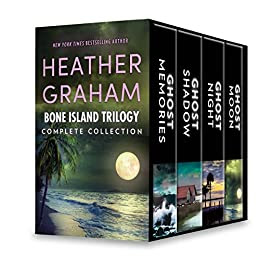 The Bone Island Trilogy begins with Katie O'Hara who is drawn into a years-old murder when David Beckett returns to Key West. David, a photographer and film maker, had been gone from his island home for many years, working in his craft around the world. His fiancé had been murdered and some suspected that David was guilty of the crime. He returns home to deal with the paperwork involved following the death of his grandfather and perhaps to find a way to clear his name. Katie becomes involved in the mystery surrounding the decade-old murder, despite warnings from her spectral friend Bartholomew, an 18th century ghost.

While filming a slasher movie, two actors are murdered on Haunt Island, a remote island in South Bimini. Two years later, survivor Vanessa Loren meets up with Sean O'Hara in Key West where plans are underway to film a documentary about the storied region, including the unsolved crime that haunts Vanessa. As they begin filming along the coral reef, the discovery of authentic pirate treasures deepen the mystery. Spectral help is needed once again before more murders occur.

Officer Liam Beckett of the Key West police force finds an old man has died in his home. His granddaughter, Kelsey Donavan, returns to her former Key West home to catalog her grandfather's collections of artifacts and antiquities. But the old family home ~ Merlin House ~ gives Kelsey the feeling she is being watched. Is the house haunted; are the ghost stories true? Liam vows to protect Kelsey and discover the truth.

Characters in the Bone Island Trilogy

This trilogy has continuing characters that are either related or have been good friends since childhood. They are all 'conches' – the name given to those who were born and raised in Key West. There is Katie and Sean O'Hara ~ brother & sister, David and Liam Beckett ~ cousins, Jamie O'Hara ~ Katie & Sean's uncle who runs a popular bar and restaurant where Katie does 'Katie-okie' 4 nights a week and where most of the friends congregate regularly, and several couples who make regular appearances throughout the trilogy.

Then there is Bartholomew Miller, the most interesting of all the characters. You see, Bartholomew was a 'privateer' during the time pirates and privateers wreaked havoc in the Caribbean. He plied the seas for England for years and finally found a home on Bone Island. His home at the time is the house Katie now lives in, so Bartholomew shares the house with her. Katie has been able to see ghosts most of her life. Later, the ghost attaches himself to her brother Sean, and eventually to Liam. Bartholomew plays a part in helping solve the crimes and strange goings-on that occur throughout the Bone Island Trilogy. 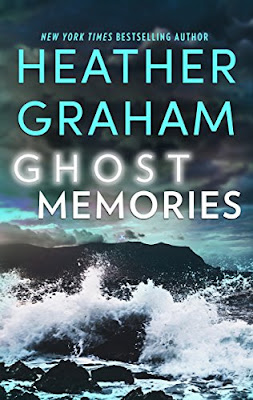 I just recently discovered that there is a prequel  to the Trilogy – Ghost Memories - and it's all about Bartholomew!

I enjoyed this trilogy very much and recommend it to readers who enjoy mystery stories that are also 'ghost stories'.