What's A Spurtle? The Spurtle Review 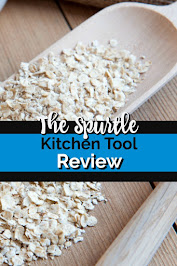 What Is A Spurtle?

A spurtle is a wooden kitchen tool from Scotland. It dates back to the fifteenth, yes the fifteenth century. It was used to stir porridge and originally had was shaped like a dowel. This design helped keep the porridge lump free.

I was first introduced to the spurtle by Mad Hungry's Lucinda Scala Quinn who has her own line of spurtles with todays' version. The current spurtle design has a longer flat area.

Mashed potatoes, soups, any kind of dough, creamy salads, oatmeal, egg dishes and stuffing are just a few ways I use the spurtle.

Of course making cookies is a definite favorite and the spurtle excels at not only mixing the dough, but scraping the edges of the bowl. No waste with the spurtle!

Every kitchen tool needs a championship and the spurtle is no exception. The 27th Golden Spurtle World Porridge Making Championship is held in Scotland annually to celebrate the heritage of the spurtle and its' porridge origin. Adapting to the theme of 2020, this years' competition was virtual with competitors submitting videos and their favorite spurtle porridge recipe.

Spurtles now come included in wooden kitchen tool sets or sold by themselves. Try it you will like it is my motto with the spurtle. Your mashed potatoes will thank you! 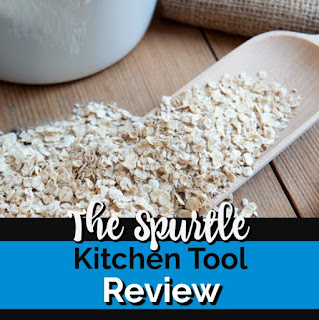