Who doesn’t remember that one voice in a lifetime the voice of Bing Crosby? If you are too young to remember or think that you have never heard him sing, think again. If you listen to any radio station around the holidays then you have probably heard his voice.

Always around the holidays, you'll hear that famous song “White Christmas” played over and over again during the Holiday season. Written by Irving Berlin “White Christmas” was the biggest hit of Bing Crosby’s career and first introduced in 1942 in the Movie "Holiday Inn"

Then, in 1954 the musical  White Christmas was released, featuring songs by Irving Berlin. This movie still remains a favorite today during the holiday season. We never miss watching White Christmas every year, as it became a tradition in our family while I was growing up.

Solo vocalist, radio, big screen, and television Bing Crosby did it all and did it well. Bing  Crosby was voted by Yank magazine as the person who had done the most for the GI’s during World War II. I really would have thought that would have been Bob Hope.

Bing Crosby was one of my dad's favorites so growing up I became very familiar with his voice, especially around the holidays. I can still hear my dad singing White Christmas as we decorated our tree.

·         Bing was an avid hunter and fisherman, and was known to be an expert fly fisherman.

·         He also owned a cattle ranch in Elko Nevada where he was the honorary Mayor.

I must have been too young to have had any of this, but there was a Bing Crosby Ice Cream. Maybe I did have it when I was a little one and just don’t remember.

Every time I hear his voice now it brings back memories of my childhood. Maybe that is why I have come to appreciate his voice.

Enjoy the original version of White Christmas by Bing Crosby 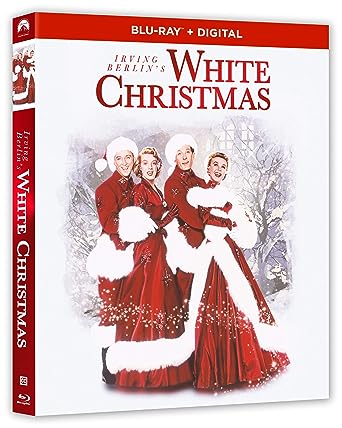