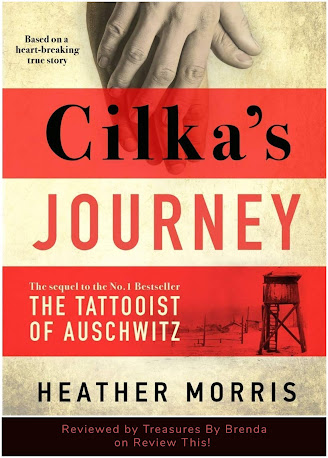 Following the very successful novel The Tattooist of Auschwitz, comes Heather Morris' 2019 book, Cilka's Journey. Yes, it is a sequel of sorts to the first book though it definitely stands alone.
Frankly, this book is another dark look into a horrible time in man's history. That's to be expected based on the subject of the novel. Initially, I did not care for how the story flipped back and forth between the main character's time in the Auschwitz-Birkenau Concentration Camp in Germany and in her time in the Vorkuta Gulag Labor Camp in Russia but I quickly managed to overcome the darkness and the style and be absorbed by the very real characters in the story.

Cilka was sent to Birkenau when she was taken from her home at the age of 16 simply because she was Jewish and young and healthy and able to work. When Birkenau was liberated, she was tried and sent to the Siberian labor camp for having slept with the enemy. For her crime, she received a sentence of 15 years of hard labor.

Whether the beautiful 16 year old really had any choice about whether to sleep with the enemy or not is debatable but the book is about her journey through and survival of both facilities. I don't need to say how unpleasant that situation was and I will not reveal how it ended.  Here's the official book trailer:

This second video is from the author and discusses albeit briefly the connection between this book and her first, The Tattooist of Auschwitz.

Warning, this next video has LOTS OF SPOILERS but it does do a good job of telling you about the story.

If you watched the preceding video, you know the answer to this question. Cilka's Journey is a fictional account of the true-life story of Cecília Kováčová.

Of course, the story is filled out with details the author cannot really know but in large part it is said that the book is based on the conditions and situations people including Cilka found themselves living in at those two facilities.

Descendants, however, declare the story to be outrageous calling it "lurid and titillating." They say that this is not the way Cilka shared her story to them.

The author defends the book saying that it is based on first-hand testimony given by people she interviewed and the experiences of women who were subjected to the life in those camps. She says, "It is a novel and does not represent the entire facts of Cilka's life." You can read more about the controversy here on The Guardian.

In another interview with ABC, the author defends the disputed fact that women were used sexually in the camps and sums up with, "If it's all the same to you I think I'll go with their testimonies because they were there." 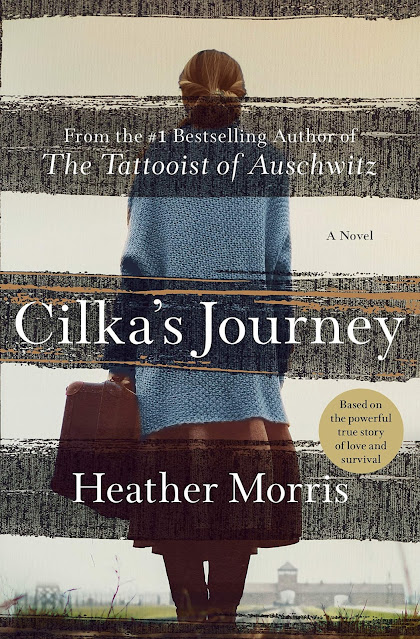 Yes, this book is HIGHLY RECOMMEND by me. The book has an average 4.39 stars on Goodreads and 92 percent of the reviewers on Amazon gave the book a five-star rating.

Well, I feel that writing a warning about the unpleasant reading that comes in a book set in Nazi Germany and a Siberian Labor Camp in the 1940s is almost unnecessary I will say that this book deals with sex, starvation, murder.  The main character's work in the Labor Camp finds the reader face to face with terrible workplace accidents. It is definitely not nice but it is present and it is an intricate part of the story.  Plus, of course, there is the controversy of just how true this story really is.

WHO SHOULD READ THIS BOOK

Anyone who has an interest in historical fiction will enjoy the book, with consideration to the warnings given above. Anyone who read The Tattooist of Auschwitz and liked it will enjoy this book. As author Heather Morris says in the second video shown above, you should enjoy this book "not for the horror and evil that is included but for the humanity and the compassion and the love and the hope." I agree.

You can find your copy of Cilka's Journey on Amazon by clicking right here. Be sure to come back and let us know what you think of the book. 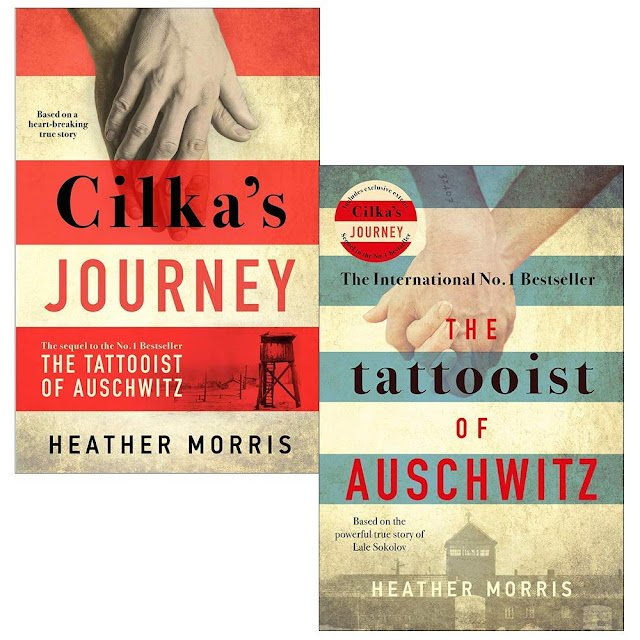