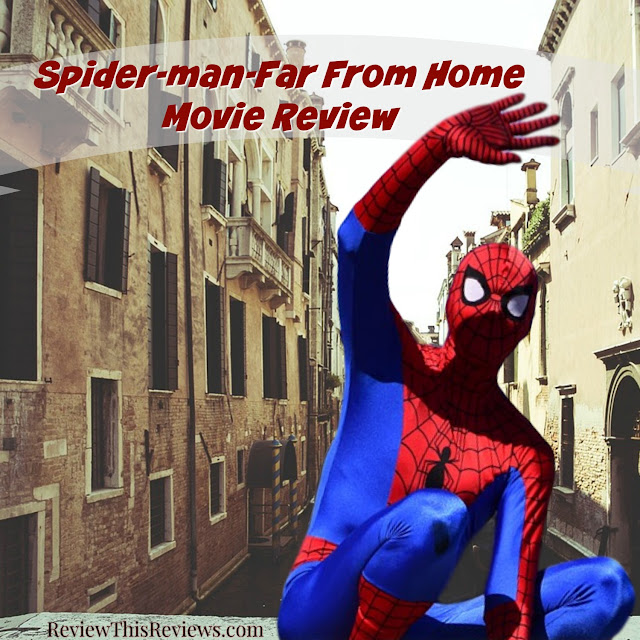 Spider-man is one of the best known Avengers.  All over the world, people recognize Spider-man and love him!

If you are a Marvel comics fan, most likely you knew the names of all of the Avenger superheroes long before they became superstars on the silver screen.  However, movie-goers have been entertained by the friendly neighborhood Spider-man for decades and he has been able to stand his cinematic ground all alone.  Multiple actors have had the opportunity to don the suit and become our favorite young hero.  However, none of the previous actors have represented Spider-man better than Tom Holland.

In Spider-Man: Far From Home, we are reminded that Peter Parker is a teenager still in high school and not a "man" as his superhero name would imply.  He simply happened to be the one bitten by that radioactive spider when he was 15 years old.  He may have the physical strength of some of the other Avengers, and he may be extremely smart like the Hulk or Tony Stark, but he is still "just a kid".  If you have seen The Avengers Infinity War, you will recall that Tony Stark (Ironman) loved Spider-man for his intelligence, his enthusiasm, his natural defender instincts, and his natural physical abilities, but Tony also tried to protect Peter.

Unfortunately, Peter Parker no longer has his Ironman protector and he has to face a fierce opponent without the aid of any of the other Avengers.  Plus, he has some really hard personal decisions to make.


Spider-Man: Far From HomeCheck PriceAs Peter Parker is making plans to go on his class trip to Europe, Nick Fury (Samuel L. Jackson) is calling.  We all know, when Nick Fury calls it is important, and you better answer.  However, Peter doesn't want to "play" superhero this week.  He wants to go on his trip with his classmates.  So, he ignores the phone calls.  He even intentionally does not pack his Spider-man suit.  Peter is determined to enjoy his trip!  But, as they say, the best laid plans of spiders and men often go awry.  (You know they say "spiders"!)

When Peter is stopped by customs and his luggage is searched, he sees that his Aunt May added his Spider-man suit for him, like any good parent or guardian would do, of course.  That turns out to be a good thing, because Peter isn't in Venice for long before he needs that suit.

When Venice is attacked by a water monster (Water Elemental), what appears to be a new superhero, flies into the scene to defend the city.  However, Spider-man is soon needed to help protect the people in the area and his suit is back in the hotel.  Peter realizes he can't just let the surrounding buildings fall on his friends and other tourists.  He goes into action with only a carnival mask to hide his identity.

Once the Water Elemental is defeated, Peter finally meets with Nick Fury who gives him a gift that was left to him by Tony Stark.  It seems Ironman has entrusted Peter with his most precious legacy.  (No spoilers here.  You will have to watch for yourself!)

Peter is also officially introduced to Quentin Beck, who has now been publicly dubbed Mysterio since he so heroically saved Venice from certain destruction.  Peter is relieved to have another superhero around to talk to and to fight alongside.  It seems Beck is content to be Peter's new mentor.

For comic fans, you will already know all about Mysterio.  You will recognize him immediately.  However, for those who only follow the stories through the movies, this film will reveal several tremendous revelations for you.


A Must for Avenger Fans


There are many reasons to love the movie, Spider-man: Far From Home.  It is delightful, funny, and entertaining, but for Avenger Fans, it holds greater significance as a continuation of the beloved Avenger movies.  The Endgame was definitely not the end!

Captain Marvel Movie Review
In the movie, we discover the background story to how Carol Danvers becomes Captain Marvel and aligns herself with the Avengers.

Avengers: Infinity War Movie Review
Marvel fans love Avengers: Infinity War!  All of our favorite Avengers, plus the Guardians of the Galaxy join the battle to save the world from evil domination and genocide by Thanos. Expect some very shocking and even upsetting deaths in this movie. Real Mavel fans will need Kleenex!

Iron Man Marvel Movie Review
The movie Iron Man sets the foundation for all of the following Avengers movies. Every Marvel fan, old or young, needs to see the movie Iron Man.