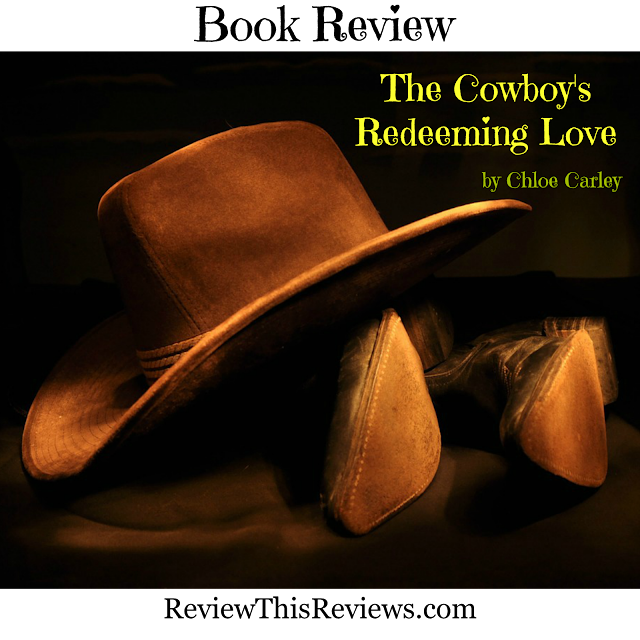 
My favorite book genre is historical fiction romance.  I've read a few books in that genre written by Chloe Carley and love them all. I previously reviewed one of her other books here on Review This, "The Stubborn Sweet Bride". Therefore, I was recently thrilled to discover  "The Cowboy's Redeeming Love" while searching for a new book.

I expected The Cowboy's Redeeming Love to be a good book with a somewhat typical "all's well that ends well" story-line.  However, it turned out to be a unique and excellent historical romance.

Chloe Carley has once again written a fiction book that tells the story of a young woman who meets evil face to face here on earth and goes to extremes to get away from it.


Brianna Tompkins' previously wealthy father decided to move his family to California so he could quickly restore his families worth via a gold mine.  Apparently, he believes the gold is just lying around waiting to be claimed and would be an easy way to get rich again quick.  Without fully knowing, or considering, the environment he would be taking his privileged wife and daughter into, he loaded a wagon and headed west to stake his claim.

The Cowboy's Redeeming Love:
An Inspirational Historical Romance NovelCheck PriceHaving been raised in affluence, with servants attending to her every whelm and need, Brianna is scarcely prepared for the changes she would be required to endure.  Her lifestyle had previously protected her from the harsher elements, work, and vices of the world.  She had only known abundance, silks, refinement, ladies and gentlemen.

Neither Brianna nor her mother wanted to go, but Brianna's father assured them all would be well.  They would make their fortune quickly and return home, back to the lap of luxury.

Since readers have the benefit of historical knowledge, we already know, the Tompkins family is in for a rude awakening.  However, even we wouldn't expect both parents to die, leaving Brianna in the hands of a mercilessly evil man who stakes his claim on her.  With her refusal to readily accept Percy Smythe, he has her brutally beaten and held captive, allowing her time to embrace her new reality as his wife.


The Sutter family is leaving their home in Kentucky and moving to California to help Mr. Sutter's aging brother, Otis, on his ranch.  Along with his wife, Cora, Mason Sutter and their 3 grown sons, Morgan, Spenser & Riley, packed up their wagons and headed west.  The family stopped along the way to visit Cora's sister and found her sister recently widowed.  Cora and Mason decide to stay on in Missouri to help Cora's sister, but send the boys on ahead.  After all, Otis Sutter is expecting them to help him through the upcoming winter. 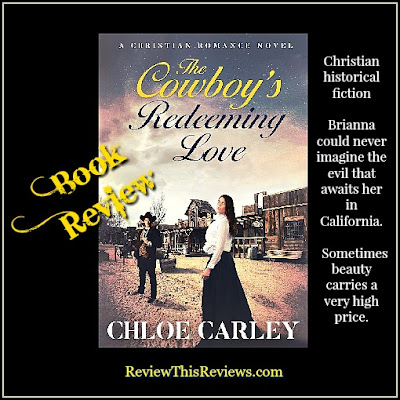 Since it was just the 3 young men now, they were able to move much faster, stopping in small towns along the way for rest and supplies.  However, they found some small towns were not "friendly" or "inviting" to outsiders.  That was the case in Percy's Crossing.  Even though it was only 20 miles from their uncles ranch, they needed to stop for the night, but Percy's Crossing was not an option for them.  They rode another mile before they settled in for the night with a warm fire, to sleep under the stars.

When a small figure entered their camp and set down in front of their fire, only one of the sleeping brothers was awakened by this nearly silent intruder.  Morgan expected a child when he slipped up on the little intruder.  Instead, he discovered a badly beaten woman and she had either fallen asleep or passed out when he reached her.  He decided to let her rest and covered her with a blanket.  The following morning, as the sun started to rise, the little intruder was terrified when she awoke and found herself surrounded by 3 big men.  She had no way of knowing the three brothers would not harm her.  All she knew was that she had to get away, and stay away, from Percy Smythe.

Morgan offered to let her travel with them to their uncle's ranch, where she would be offered a safe haven.  She reluctantly accepted.  After all, Brianna didn't have anyone else to help her and she had no where else to go.


Are You Ready to Read the Book Yet?


I have only given you the set-up for the story.  I'm sure you already suspect that Percy Smythe is not going to just let Brianna disappear into the night.   The title and book genre will likely also tell you that one of the brothers will fall in love with Brianna.  What is not obvious is that they are not allowed to just live happily ever after.  Evil continues to dog them in the hopes of possessing it's prey.


Other Chloe Carley Books Reviewed on Review This!