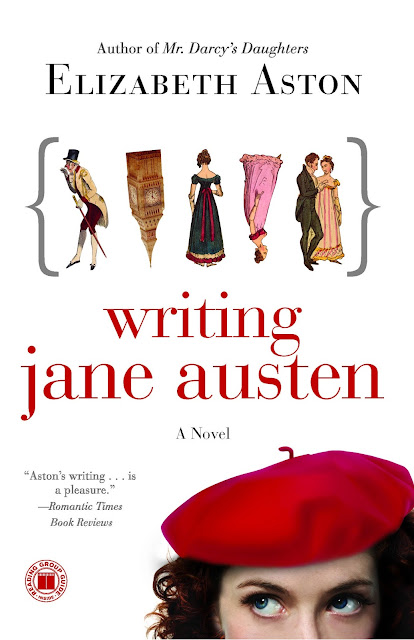 How Would You Feel About Writing Jane Austen?


Imagine if you were given a chapter of a seventh Jane Austen novel. A novel, that is, which she never finished. Then imagine being asked to finish the book for her and you will have a basic understanding of what this book is all about.

Georgina Jackson, a struggling but published American author living in England, is given Jane Austen's unfinished novel to finish and the only problem is that she has never read a single solitary Jane Austen novel. She knows nothing of Jane Austen's work or her time period.

"You don't understand! I've never read an Austen novel in my life. Not a single one. And what's more, I don't intend to start now..." cries Georgina early on in the book and it is a cry which I could have echoed at least before I read this book.

I've literally just put down Writing Jane Austen: A Novel and I must say that I truly enjoyed it. It is another light and entertaining book with some interesting Austen elements thrown in. You will learn a bit about the much loved author, her books and the setting of her books, all from a modern perspective.

And if, like me, you have never read a single of Austen's books, fair warning that reading WRITING JANE AUSTEN may have you at least momentarily interested in reading them but that's not a bad thing, is it?


The story in Writing Jane Austen revolves around an acclaimed young author by the name of Georgina. However, Georgina is stuck on the first chapter of her second book and her agent is on her trail. It turns out the agent is offering her the job of finishing an unfinished manuscript by Austen that has only been recently discovered.

Georgina knows nothing about the author and is only stopped from going home to America by her roommate Henry and his teenage sister, who happens to be a serious Austen fan. Knowing that she has to pay the bills, Georgina signs the contract but finishing the book is another issue altogether. 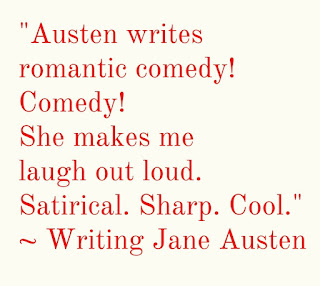 Writing Jane Austen has 622 ratings and 182 reviews. Liralen said: "Hmm. I liked that this was not a sequel to an Austen book. That isn't a criticism..."

Writing Jane Austen, by Elizabeth Aston - A Review on Austenprose

"Readers will be entertained by the quirky humor of Georgina's dilemma, charmed and annoyed by the well-crafted supporting characters and surprised by the eventual outcome. However, if you are expecting a drawing room drama punctuated by romance..."

Reviews of Writing Jane Austen on Amazon include comments like those from bkc327 who says she'll need to re-read the book again to revisit the characters and I agree, I need to do so, too. This book will do that to you. TeensReadToo said that this is an entertaining book, which takes a humorous look at the difficulties of writing including those employed by Georgina in the book - the need for a lot of breaks, what methods to employ to avoid writing, how to hide out from unwanted visitors. Finally, a reviewer writing as Austen Lover said she enjoyed the new direction this book takes set, as it is, in modern times. She calls it a light and easy read and it is. Lovely.

Does Writing Jane Austen sound like a book you might enjoy? You can read more about it or order your copy on Amazon by clicking right here.