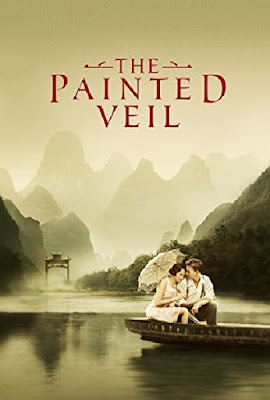 The Painted Veil is an excellent movie that actually caught me quite off-guard.   From the cover and brief description, I expected a romance, but found an example of real love.  This is definitely a drama movie that will pull at your heartstrings.

Edward Norton plays the part of the devoted husband who falls in love with Kitty, played by Naomi Watts.  Both actors are exceptional in this film.  As a matter of fact, I might not ever be able to watch Edward Norton in another part without assigning the attributes of Dr. Walter Fane to him in every role.

I should warn you, this is not a movie that I would have expected to like and review.  It deals with betrayal, anger, revenge, selfishness and a lot of really ugly human traits.  Unfortunately, it is very realistic.  Since I have been known many times to say "I prefer movies for entertainment, not reality", it surprised even me that I would highly recommend this particular movie.


The Plot of The Painted Veil

The Painted VeilIt was love at first sight for Dr. Walter Fane when he first saw Kitty Garstin descending the stairs at a party hosted by her parents in London.  She barely noticed him and even though she danced with him, he was nothing special to her.  She even commented that she didn't really like him when asked.

Kitty is an arrogant, spoiled, self-centered young woman who isn't the least bit concerned about getting married.  Her mother, on the other hand, constantly derides her for not being married.  It is on one such occasion that Dr. Fane shows up at their door.  Kitty marries Dr. Fane to get away from her mother.  Such a shame!  Dr. Fane deserved someone who loved him and was completely devoted to him.  He deserved so much better, so much more.  And Kitty?  Well, she didn't deserve the man she married, his kindness or his love.

Dr. Fane is a scientist instead of a clinical doctor.  He specializes in the study of bacteria and bacterial diseases.  Kitty is more than happy to accompany him to China for his work, completely away from her mother's criticism.  However, once there, she is immediately attracted to another man.  Without one thought of Walter or her marriage, she dives right into an affair.  She considers herself to be completely in love with Charles Townsend.  When confronted by Walter with a divorce proposal, she naively believes Charles will leave his wife to marry her.  Nothing could be further from the truth.

After Charles' rejection, Kitty agrees to accompany Walter to a small town with a cholera epidemic.  Since the year is 1925, America and China also have a very strained relationship.  However, because of his devotion to a cure and his dedication to the people, he becomes a well respected American in the mist of an enemy.

Throughout the movie, you find many, many reasons to admire and respect Dr. Fane.  Even though he feels the complete betrayal of his wife, is hurt and even lashes out in anger at times, he manages to separate his personal life from his work to put a stop to the cholera epidemic that is killing so many people.  He still loves his wife, but he recognizes who she really is instead of viewing her the way he wanted her to be.

There is a great irony to this movie, but I won't spoil that for you.  Suffice it to say, the movie did not end as you would hope or even as you expect.  However, it is a most excellent portrayal of one man who stands heads above the rest.  One man who deserves so much more than this life gives him and one man who continues to fight for what is right instead of failing to achieve his destiny even when faced with the greatest of challenges and betrayals.

The Painted Veil is Available in Books, DVD and Amazon Video


I suppose there are times in life that we don't get what we deserve.  Sometimes, that is a real blessing.  But, there are other times that it is a real shame.  This movie depicts a character for each of these circumstances.  The unworthy Kitty was greatly blessed while the man who deserved a reward, a blessing, was denied even the very basic need we all possess.  To know he was loved.

It is for that reason that one might read this review and wonder why I would recommend the movie.  There are lots of reasons I would recommend it, but each reason would be different for each person.  I would have to hope that the movie would make everyone stop and think about the consequences of their own actions.  I would hope that it would make them more grateful for their blessings, especially the ones they do not deserve.  The movie also shows us that everything you think you want, may truly not be what would be best for you.

Quite honestly, I think everyone should watch this movie and take a moment to seriously consider yourself and your own life.  Perhaps, you will find that you deserve better yourself as you watch Dr. Fane's struggle.  Or, you may find you have more to be grateful for than you realized.  Whichever place you find yourself, I hope this movie will touch your heart as it touched mine.