The Investigator by John Sandford – A Book Review 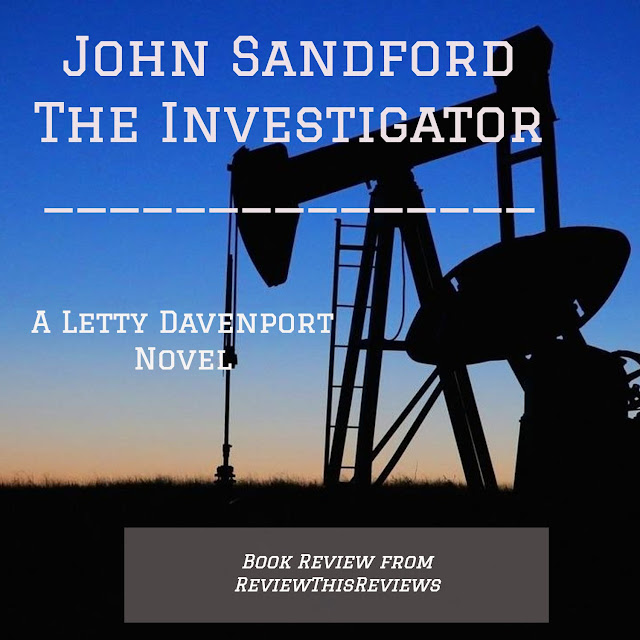 In an early Prey novel, Lucus, an agent for the Minnesota Bureau of Criminal Apprehension (BCA) meets Letty, a 12-year-old living in rural Red River valley. Letty ends up the center of a series of killings, and when her mother becomes one of those murdered, orphaned Letty becomes a ward of Lucus and his wife, Weather.

As the Prey series continues, Letty is featured in several other stories. First as the Davenport's ward, then as their adopted daughter, fans of this series of novels enjoy following the antics and adventures of Letty as part of the Davenport family, watching her grow up and go off to college.


The Investigator is the first novel to star Letty Davenport as the central character. Now 24 years old and a college graduate, we find Letty working in Washington, D.C. in a desk job for a U.S. Senator. Restless and bored, Letty is ready to quit when she is offered a task she can't refuse: a real investigator job through the senator's office in conjunction with the Department of Homeland Security.

Several oil companies in Texas have reported thefts of crude oil. Letty's assignment is to uncover not only who is stealing and selling the oil, but learn what the thieves are doing with the profits. Rumors link this to a radical militia group and the Department of Homeland Security is extremely worried about the stolen profits financing a domestic terrorism plot.

Letty is partnered with a DHS investigator, John Kaiser. As the two head to Texas, the case quickly turns deadly. Letty and John now know they are on the track of something bigger. This militia group, led by a woman, has set in motion an explosive plan and time is running out for them to stop it.

This fan of Sandford's Prey Series is delighted to see a favorite minor character become the main character in her own crime fiction story. I have a feeling that the author is planning a new series starring this delightful and talented young lady ~ Letty Davenport.

*Book review of The Investigator is written by Wednesday Elf