World Lion Day was begun in 2013 by Derek and Beverly Joubert, a husband-and-wife team with a passion for big cats.  It was started as an awareness holiday to protect the remaining big cats living in the wild. 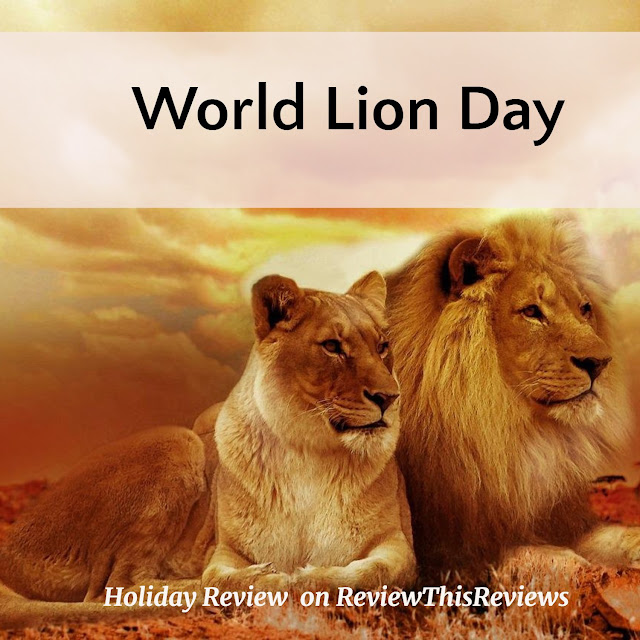 Places to See Lions Other Than in the Wild

Zoos – many zoos today designate wild areas where the zoo lions can roam outside in a simulated natural habitat. This way they do not need to be caged, yet people can safely see them.

Sylvestermouse shares a fantastic photo of two such lions – Fred and Savannah – when they were living at the Memphis Zoo. Her interesting article with facts on the African Lion, and on Fred & Savannah, can be found on her Amazing Wild Animals website.

Wildlife Parks, such as Tanganyika Wildlife Park in Goddard, Kansas (near Wichita) which is a family-friendly destination where parkgoers can have up-close and hands-on interaction with the animals.

Children who wish to have a lion of their own could safely do so with a cuddly plush lion. :-)

Luke the Lion is a plump round roly-poly kind of Lion who is soft and fun to hold. He's a very friendly little lion who seldom ever roars, and likes to do 'quiet' things, like reading and playing board games.

Luke the plush lion is handmade in crochet and can be found in the Etsy Shop of Coastal Crochet Crafts.

So, celebrate this “King-of-the-Jungle” on August 10 each year. An interesting and fascinating animal awareness holiday.