Have you ever wondered how a meal which seems so easy to make can sometimes go oh so wrong? As in what was I thinking? Did I use sugar instead of salt? Was that a cup or cup and a half of flour? 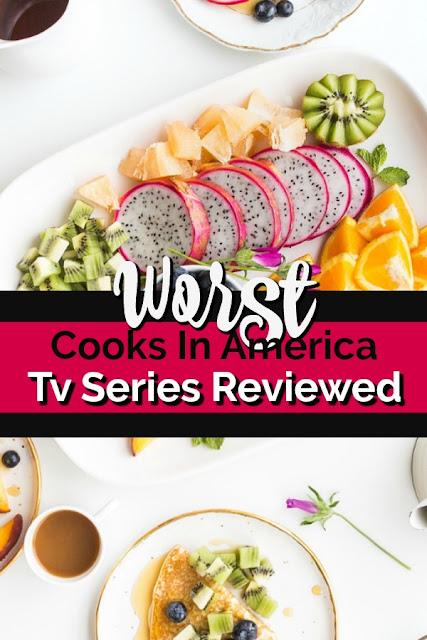 Been there. But thankfully, only occasionally.

If you need a little laughter in the kitchen then the television show the Worst Cooks In America is for you. (Laughing with the contestants at their culinary journey.)


The Worst Cooks In America is an elimination competition cooking show in which contestants are separated into two teams. The teams are captained by well known chefs Anne Burrell and Alex Guarnaschelli this season.

Each show has a culinary  theme where the captains guide their team by teaching the contestants how to make a specific meal. The captains coach their team members along the way while the team members learn the ins and outs of cooking ... hopefully.

The first episode of the season features the contestants making their go-to meal from real life. A little scary, very interesting and very creative are some of these dishes. Some dishes combine ingredients that are just. so. not. edible!

A Sense Of Humor

Laughter and humor are also a theme throughout the show as contestants are good humored and the audience is rooting for them to succeed! Contestants are eliminated at the end of each show and they try so hard! As we home cooks know, some days are better than others and cooking can be an inexact endeavor some days for us novices.

Every so often the show runs a celebrity season and there is always plenty of mirth and mayhem. It is quite amusing to watch celebrities out of their entertainment element and enter the show as the main character.

As the celebrity contestants are already camera friendly their cooking or lack of cooking skills shine through along with their entertaining personalities.

Where To Find Worst Cooks In America?

New episodes of the Worst Cooks In America air at 9 p.m. Sundays on the Food Network.

If you have an Amazon Fire Stick the series is available on the Food Network Kitchen app. The app is also available on Google Play and iPhone. The apps offer some free Food Network shows; however a cable subscription will unlock all the offerings.

If you love to cook or watch cooking shows I think you will enjoy Worst Cooks In America and may even learn a few new skills for your own kitchen along the way.