The Girl They Left Behind Book Review 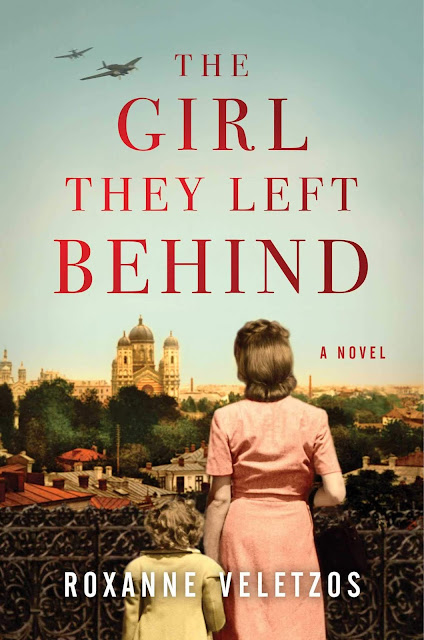 The Girl They Left Behind: A Novel by Roxanne Veletzos


I have read a number of books since I last wrote a post here on Review This and I had to do a bit of a  debate with myself as to which one I would write about today since they have all been such good stories.  Please stay tuned for more reviews of books that you should add to your reading list!

The Girl They Left Behind, by Roxanne Veletzos, is a moving story. The title tells exactly what the book is about. Quite literally, a three-year old girl is left behind in Bucharest, Romania in 1941. Her parents abandon her on the steps of an apartment building in the face of Nazi persecution with the hope that she might somehow survive.

What a brutal decision. At first I struggled with this book because it seemed not just heartbreaking but also outlandish that anyone would abandon such a young child and expect her to survive in a place where people would not be quick to take in an unknown child. I know these things and worse happened, but I still struggled at first with this theme.

The little girl is rescued and then left with an orphanage until eventually a wealthy family adopts her and renames her Natalia. Because of her age, she quickly puts all early memories of her birth parents behind her though of course, the abandonment would haunt both her birth mother and father forever.

Anyway, the story is a tangled story of survival that spans decades and eventually sees Natalia give up her adoptive family and her love in order to start a new life in the United States.

The story is one of those impossible-but-true stories. It turns out that the author, Roxanne Veletzos,  was born in Bucharest and eventually moved to California and that this this book was inspired by her mother's life though I do not know if in fact she was abandoned by her parents.


The Girl They Left Behind is in my opinion very well told. It is engrossing; you will not be able to put it down. It is about family and love and history. It features drama and suspense and even has an ending that will satisfy you. Yes, this book is HIGHLY RECOMMENDED by me.

If you enjoy historically based fiction like Sarah's Key, The Nightingale, The Ragged Edge of Night, All The Light We Cannot See, The Piano Maker and The Orphan Train you will enjoy this book. You can buy your copy in the format of your choice on Amazon by clicking right here.

Buy The Girl They Left Behind on Amazon.
Find more HISTORICAL FICTION on Review This!